China has made the second largest incursion into Taiwan's air defence zone this year with Taipei reporting 30 jets entering the area, including more than 20 fighters. 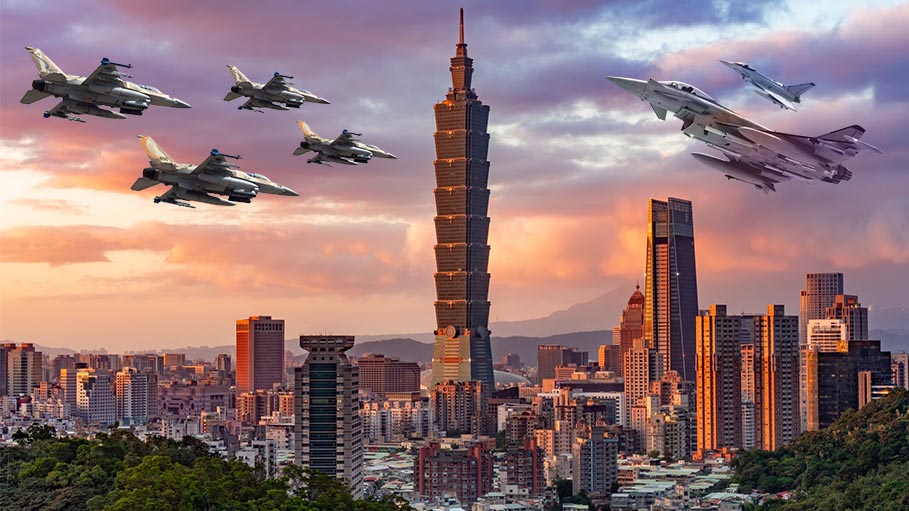 Taipei: China has made the second largest incursion into Taiwan's air defence zone this year with Taipei reporting 30 jets entering the area, including more than 20 fighters.

Self-ruled democratic Taiwan lives under the constant threat of invasion by China, which views the island as its territory and has vowed to one day seize it, by force if necessary.

The United States last week accused Beijing of raising tensions over the island, with Secretary of State Antony Blinken specifically mentioning aircraft incursions as an example of "increasingly provocative rhetoric and activity".

Blinken's remarks came after US President Joe Biden appeared to break decades of US policy when in response to a question on a visit to Japan he said Washington would defend Taiwan militarily if it is attacked by China.

But the White House has since insisted its policy of "strategic ambiguity" over whether or not it would intervene has not changed.

Monday's incursion was the largest since January 23, when 39 planes entered the air defence identification zone, or ADIZ.

The ADIZ is not the same as Taiwan's territorial airspace but includes a far greater area that overlaps with part of China's own air defence identification zone and even includes some of the mainland.

A flight map provided by the Taiwanese defence ministry showed the planes entering the southwestern corner of the ADIZ before looping back out again.

Last year, Taiwan recorded 969 incursions by Chinese warplanes into its ADIZ, according to an AFP database -- more than double the roughly 380 carried out in 2020.

So far in 2022 Taiwan has reported 465 incursions, a near 50 percent increase on the same period last year.

The sheer number of sorties has put the air force under immense pressure, and it has suffered a string of fatal accidents in recent years.

On Tuesday local media reported that a pilot had died after crashing a trainer jet in southern Kaohsiung.

It is not the first deadly crash this year -- in January one of Taiwan's most advanced fighter jets, an F-16V, plunged into the sea.

Last March, Taiwan grounded all military aircraft after a pilot was killed and another went missing when their fighters collided mid-air in the third fatal crash in less than six months.