The LGBTQ Youth is Suffering Severely with Mental Health Issues

The LGBTQ youth has been suffering from mental health issues and the recent record has shown a decline in the rate of acceptance of these communities in the society. 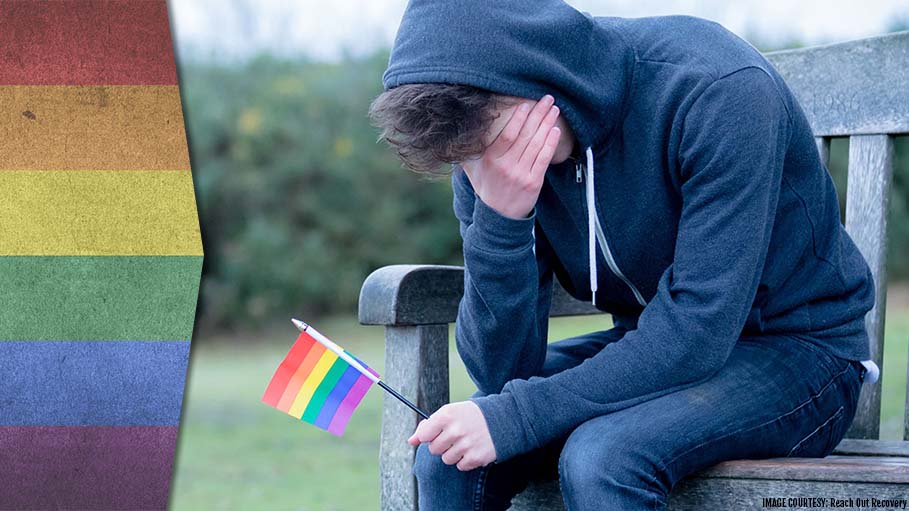 The world has gone through several transformations and people all around are screaming their hearts out over welcoming a changeover to various social issues. But the stigma with the LGBTQ (lesbian, gay, bisexual transgender and questioning) is still persistent. Several US studies suggest that the LGBTQ youth is just known as different and still the people are not just ready to accept them without pointing out the sexual orientation. The reports say that the youth of the community are always facing issues of bullying, abuse, and mental health. Research has proved that the youth that is suffering from psychological issues has a higher percentage inclined over the LGBTQ population. The Pediatrics Department has been releasing reports to offer an insight of these issues so that the people can encounter the issues in a more positive way.

The acceptance reports show a declineExperts are raising the concern as they are seeing some major drawbacks in terms of acceptance of the LGBTQ community. As per the records of the last few years, US had seen a good progress in this case. But a survey in 2017, showed that the Accelerating Acceptance Report has seen the downward curve and this downfall came after a steady increase of four years. The report says "attacks, bias, and erasure by the Trump administration," might be the reason.

A comparison study was conducted in Georgia and California, where the medical records of the LGBTQ youth and youth whose gender matched their birth gender were taken for consideration. After the check of all the instances, it was found that in most cases the mental health issues were found among the youth whose sexual orientations did not match their birth gender. Not being a part of the cisgender youth becomes painful to such an extent for some that they often opt for suicide.

Untreated anxiety, depression, self-inflicted injuries, and attention deficit disorders were some other issues as per the study. The study also showed that in overall, the LGBTQ youth is suffering 13 times more than the cisgender youth. Going by the reports of the National Alliance on Mental Illness, the LGBTQ community is suffering 3% more than the cisgender youth for depression. LGBTQ are four times more prone to suicide than others. The authorities say that this difference is a real concern and needs to be attended soon to ensure the well-being of the youth of the Nation.

Another study was conducted in Minnesota where the data of 82,000 students of high school were collected. It was found that the youth of the LGBTQ community are being victims of sexual and mental abuse. The reports also took a deep dig and found that there was a fair section of heterosexual teens who are getting involved in putting down the LGBTQ youth.

The LGBTQ youth is under depressionThere’s a social gathering of 20 people, and you easily identify one of them by some behavioral traits that they are not as per your understanding of sexual orientation. But the question lies here, anything that is out of your knowledge is that so creep that you need to point fingers at and show the rest of the so-called normal crowd. Did you point at the girl who was showing off her regular female features? Then where’s the discrimination that makes you throw a remark over that person’s sexual orientation when you know your attitude might end up making the person a bit more uncomfortable in the crowd. Experts say that the community needs to accept them rather than just keeping them away from usual social gatherings. The family relationships are affected of these youths as they are unable to open up about their sexual orientation with their parents and often they do not get the support they need from family. The experts believe that due to this reason the youth of the LGBTQ community are at higher risk of facing cyberbullying, homelessness, and are victims of substance abuse. Studies have also shown that they carry many diseases in their body which are left unattended as they are not provided the required medical aids since the adolescent days.

The role of parents

Dr. Stanley Ray Vance of the Child and Adolescent Gender Center at the University of California, San Francisco said that parents have a huge and primary role to play in taking care of the mental health of their child. A child cannot determine their changed orientation and often not understand what is the problem if the child gets victimized. As per his observations, he found that there are two common mistakes that parents make in such cases. Firstly, they simply reject the whole possibility of the changed orientation and they just ignore the issue thinking that things will change as their child grows up. The second mistake is that parents pressurize the child to “behave” and force to change their child to a preconceived and acceptable sexual orientation. The parents must start being a little more concerned about their child who is anyways fighting with the society. At this hour, the most important thing they need is the support of parents.

What can be done

The community is suffering in silence as they feel stigmatized. Reports say that the youth is unable to decide if they should express their concern and share about their sexual orientation. Many are forcing themselves to lead a life that they think will not be questioned by the society and this is putting an adverse effect on their mental health. There are reports when they have admitted that they have manipulated their mannerism and choices by strategizing just to fit in a shoe. Family communication is an integral part of acceptance and parents should encourage children to explore their sexual orientation without any forms of pressure. Parents need to open up and initiate conversations to make the space where their child can open up without any hesitation. Ensuring the safety no matter what their sexuality is important. The suicide hotline reports that many suicidal patients talk about how they were not supported by their parents when they got to know about their sexual orientation. The Human Rights Campaign Foundation is also taking up initiatives through a professional development program to create an awareness and ensure a better community for all.