Children ages 5 to 11 who received the Pfizer/BioNTech COVID-19 vaccine were 68% less likely to be hospitalized during the Omicron wave in the United States than unvaccinated children, according to a study published on Wednesday. 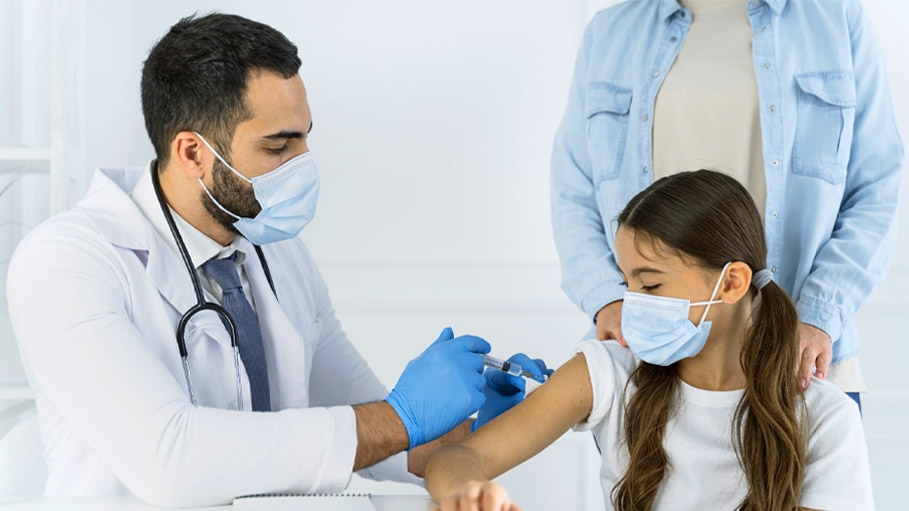 Children ages 5 to 11 who received the Pfizer/BioNTech COVID-19 vaccine were 68% less likely to be hospitalized during the Omicron wave in the United States than unvaccinated children, according to a study published on Wednesday.

Adolescents aged 12-18 who received two shots of the vaccine were around 40% less likely to be hospitalized with the Omicron variant of the virus, the study led by scientists from the U.S. Centers for Disease Control and Prevention (CDC) and Boston Children's Hospital found. It was published in the New England Journal of Medicine.

The risk of more serious outcomes, including need for mechanical breathing assistance or death, was nearly 80% lower for those who received the shots in that age group.

"Infections like COVID and respiratory infections have a range of severity," said CDC researcher Dr. Monish Patel. "But action against severe disease can still be maintained."

The study looked at vaccinated and unvaccinated patients with and without COVID-19 at 31 hospitals in 23 states.

The vaccine performed better against the Delta variant of the coronavirus, which was circulating last year. Vaccine effectiveness against hospitalization in adolescents when that variant was dominant was around 93%, the study found.

The results of the CDC study were better for the younger age group than a study that New York state researchers published in February. That study found the vaccine was around 48% effective in keeping children out of the hospital, with 73% efficacy against hospitalization among adolescents in January of 2022.

"Most kids that have critical illness were unvaccinated," Patel said. "And we should be able to prevent that with a simple act of vaccination."