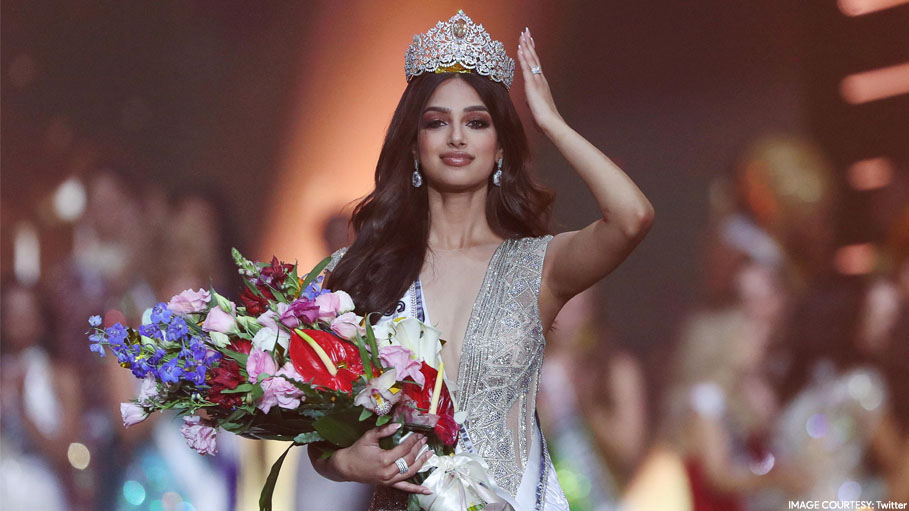 ~Kareena Kapoor and Saif Ali are Blessed with a Baby~

Bollywood star Kareena Kapoor Khan and Saif Ali Khan have become the parents of their second child, a boy on February 21. Last year, the Bollywood power couple announced that they would all be a family of four as Kareena became pregnant with their second child. "We are very pleased to announce that we are expecting an addition to our family!! Thank you to all our well-wishers for all their love and support Saif and Kareena," Saif said in a statement. In the meantime, congratulations are in order to the royal couple. The 67th National Film Awards were presented at New Delhi's Vigyan Bhawan. Celebrities adorned the event wearing their traditional costume. Actress Kangana Ranaut was spotted wearing a royal saree. She won the Best Actress award for her films ‘Manikarnika’ and ‘Panga’. On the other hand, Manoj Bajpayee received the Best Actor award for his film ‘Bhonsle’ and Dhanush received it for ‘Asuran’. The famed Rajinikanth will receive his Dadasaheb Phalke medal at the ceremony today. Filmmaker Nitesh Tiwari missed the presence of the late actor Sushant Singh Rajput at the launch of the 67th National Film Awards in the capital today. Sushant 's final screen film' Chhichhore ', directed by Tiwari and produced by Sajid Nadiadwala, won the Best Hindi Film award. Tiwari and Nadiadwala attended the event. While on the red carpet, the two talked fondly about Sushant and dedicated the win to him. Prince Philip, the longest serving royal consort in British history and a constant presence at Queen Elizabeth II's side for decades, died Friday aged 99, Buckingham Palace announced. The death of the Duke of Edinburgh is a profound loss for the 94-year-old monarch, who once described him as her "strength and stay all these years".The outspoken former navy commander devoted much of his life as the queen's husband to charity work but was notorious for numerous gaffes, many deemed downright offensive. Prince Philip had been a leading figure in the British royal family for almost seven decades. He was officially known as The Duke of Edinburgh and earned a reputation for a tough, no-nonsense attitude and a propensity for occasional gaffes, Reuters said in a report. A Greek prince, he married Elizabeth in 1947 playing a key role in modernising the British monarchy in the post-World War 2 period, and behind the walls of Buckingham Palace being the one key figure the Queen could turn to and trust. Legendary actor Dilip Kumar died in early July 7 after a long illness in Mumbai at the age of 98. Doctors said that Dilip Kumar had prostate cancer that had spread to other parts of his body. “He had water in pleural cavity, and he suffered kidney failure. He required blood transfusion multiple times. We carried the last transfusion but it did not help,”said a hospital doctor. Lower blood pressure and hemoglobin at the end. “The spread of cancer has made it difficult to treat him,” says a doctor. Yusuf Khan aka Dilip Kumar was a stylist about staging style, and inspired generations of actors in various Indian cinema streams. Considered one of India's greatest actors, his career spanned more than 50 years. Harnaaz Sandhu, the 21-year-old from Punjab, who represented India in the 70th Miss Universe 2021, Eilat, Israel, returned home with the trophy, 21 years after Lara Dutta won the title in 2000. crown. In this regard, Harnaaz said, "The biggest pressure the youth of today is facing, is to believe in themselves. To know that you are unique makes you beautiful. Stop comparing yourselves with others and let's talk about more important things that are happening worldwide. Come out, speak for yourself, because you are the leader of your life. You are the voice of your own. I believed in myself and that is why I am standing here today." Ms Sandhu started competing in the pageant at the age of 17 and has won titles such as Miss Chandigarh 2017 and Miss Max Emerging Star India 2018. In 2019, she won the Femina Miss India Punjab 2019 and then entered the Femina Miss India. She was in the top 12 at Femina Miss India.