Viral videos of a 38-year-old Brazilian man being asphyxiated with gas in the trunk of police car after getting stopped by highway patrol caused outrage across Brazil on Thursday. 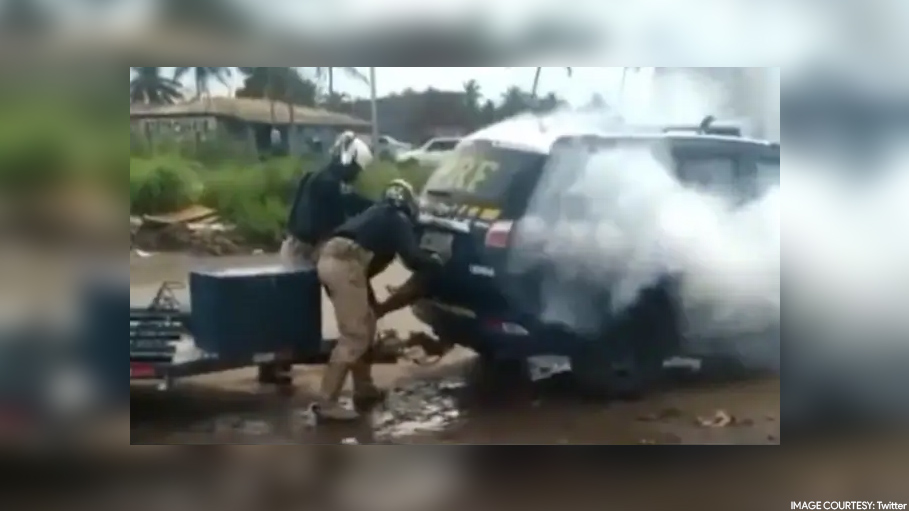 Sao Paulo: Viral videos of a 38-year-old Brazilian man being asphyxiated with gas in the trunk of police car after getting stopped by highway patrol caused outrage across Brazil on Thursday.

The images captured on phone camera showed police officers bundling the handcuffed man into the trunk of their SUV, releasing a gas cannister inside and leaning down on the trunk door until his screams abated and his dangling legs stopped kicking.

Brazil's federal police said in a statement on Thursday they had opened an inquiry to investigate the circumstances of the death.

The brutal death of Genivaldo de Jesus Santos, described by his family as suffering from schizophrenia, were shared on social media by onlookers in the town of Umbaúba, in the northeastern state of Sergipe.

The shocking images, coming just days after another case involving police violence, sparked horror across social media and protests in the small town, with demonstrators closing the highway, setting tires on fire and waving signs calling for justice.

Earlier this week, at least 23 people died in a police raid of a slum in Rio de Janeiro.

According to the victim's family, Santos was approached by the officers while riding his motorcycle through the area. He became nervous when the officers found his schizophrenia medicine in his pocket, Wallyson de Jesus, a nephew of Santos', told news website G1.

"They threw some kind of gas inside the trunk and went to the police station, but my uncle was unconscious. They took him to the hospital, but it was already too late," said de Jesus.

In a statement, Brazil's Federal Highway Police (PRF) said Santos was arrested because he actively resisted an approach by police. It said that due to his "aggressiveness ... immobilization techniques and instruments of less offensive potential" were used to restrain him.

Santos became ill during the trip to the police station and was then taken to a nearby hospital, where he was pronounced dead, according to the PRF statement.

The statement did not mention the two officers trapping him inside the back of their car as white gas was seen spewing out, but said the PRF had opened an inquiry to probe the officers' conduct.

An autopsy by the state forensic medical institute, seen by Reuters, found that Santos died from mechanical asphyxia.

"This obstruction can occur through several factors, and at this first moment it was not possible to establish the immediate cause of the asphyxia, nor how it occurred," said the report.

Alia and Ranbir are in Ranthambore to Bring in The New Years. See Pics.