A Macron strategist said the president would name a new prime minister before the June legislative elections. 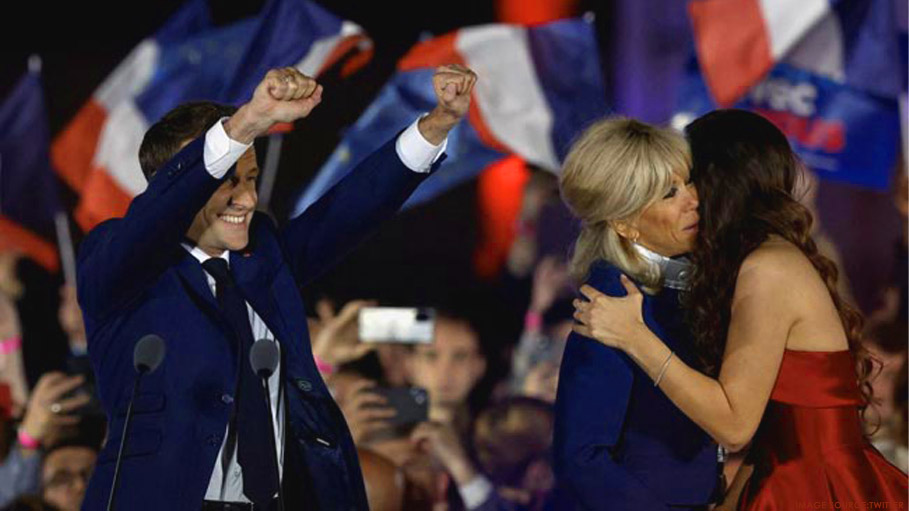 PARIS: It is known in France as the political job from hell.

A French prime minister should be loyal, content at lingering in their boss's shadow and a dab hand with the country's mille-feuille bureaucracy. He or she should also know they will be disposed of if the president's popularity runs low.

These will be just some of the qualities President Emmanuel Macron has in mind this week as he considers a new prime minister to launch a second term that will be without any honeymoon with the electorate.

A Macron strategist said the president would name a new prime minister before the June legislative elections.

Macron needs to send a signal that he has heard the frustrations of voters expressed in low turnout and big scores for radical far-right and far-left parties.

"The president is keen to name a woman. Someone who understands the state machinery but is not political," one government official told Reuters on condition of anonymity.

The official and one other government source said Macron, who has strived to have a gender-balanced cabinet, was looking for a woman prime minister after failing to fulfil a campaign assurance to do so during his first term.

If it were so, she would be the first since Edith Cresson briefly occupied the Hotel de Matignon during the presidency of Socialist leader Francois Mitterrand in the early 1990s.

The same two sources, who are familiar with Macron's thinking, said the president also wanted a person with proven 'green' credentials.

During the presidential campaign, Macron said he would put his next prime minister in charge of "green planning", aiming to appeal to left-wing voters' nostalgia for post-war central planning while tapping into 21st century worries about climate change.

Such a profile could go some way to countering the challenge mounted by hard-left veteran Jean-Luc Melenchon, who came a strong third in the presidential election's first round and wants to rally a union of the left to dominate parliament and force Macron into an awkward "cohabitation".

In keeping with French tradition, Macron is seen as picking a competent, safe pair of hands with limited charisma.

"It is not in his interest to name someone who could overshadow him," the government official said.

Macron's first prime minister, Edouard Philippe, was the unknown mayor of the mid-sized port city of Le Havre when he was propelled to Matignon. The amenable Philippe grew increasingly popular during the pandemic, giving empathetic news conferences that contrasted with Macron's war-like addresses.

Philippe's popularity left Macron feeling threatened, sources have said. Macron sacked Philippe and replaced him with Jean Castex, an innocuous mayor with a strong regional lilt from near the Pyrenees. The Elysee palace said at the time Macron wanted a new prime minister to embody a "new chapter" after lockdown.

Now, within Macron's party, several names are circulating - often a sure sign they will not be the right ones.

Among them, Labour Minister Elisabeth Borne and Agriculture Minister Julien Denormandie. They are both seen as competent left-leaning technocrats with experience in environmental affairs. But the government official played them down.

"It would look like we're recycling old ministers," the official said.

As in 2017, the president is likely to keep his cards close to his chest until the last minute. "The president will surprise us," the government official said.