Will Smith walked up the stage and punched Chris Rock on his face for cracking a joke on his wife Jada Pinkett. 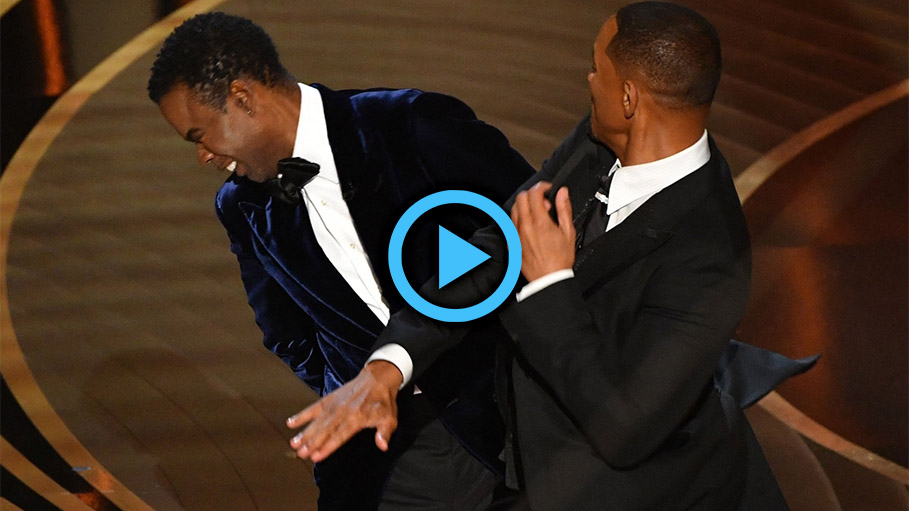 The Academy Awards was infused with jibes, jokes, and controversies much to the amazement of the audiences and viewers worldwide.

In the opening monologue, Amy Schumer joked that hiring the three of them was cheaper than hiring one man.

She also took a dig at Leonardo DiCaprio saying, “Leonardo DiCaprio what can I even say about him? He has done so much to fight climate change and leave behind a cleaner greener planet for his girlfriends. Because he's older and they are younger. Ok you got it.”

What stunned the audiences at the awards was when Will Smith walked up the stage and punched Chris Rock on his face for cracking a joke on his wife Jada Pinkett.

It was not long before Will Smith went up the stage and slapped Chris Rock. He returned to his seat and yelled, “Keep my wife's name out of your f*****g mouth.”

Just after the incident, Chris Rock told the audience, “Will Smith just smacked the shit out of me. It was a G.I. Jane joke. That was the greatest night in the history of television.”

Not only the audience but online viewers worldwide were confused whether the entire incident was real or staged.

Will Smith’s wife suffers from Alopecia; a condition where you suffer hair loss on your head and face. It is an autoimmune disorder where the immune system attacks the hair follicles.

The media is divided over the shocking incident at the Oscars.

While accepting his first Academy Award Will Smith offered his apologies to the Academy and others for the incident. Tearfully he accepted the award for his role as Richard Williams, the father of Venus and Serena Williams, in the film “King Richard.”

“I want to apologize to the Academy. I want to apologize to all my fellow nominees. This is a beautiful moment and I'm not crying for winning an award. It's not about winning an award for me. It's about being able to shine a light on all of the people,” he said, “Art imitates life. I look like the crazy father, just like they said about Richard Williams. Love will make you do crazy things.”

ACTRESS IN A SUPPORTING ROLE

ACTOR IN A SUPPORTING ROLE

ACTOR IN A LEADING ROLE

ACTRESS IN A LEADING ROLE