In a twist of events actor Will Smith apologized to Oscar presenter Chris Rock on Monday for slapping him on stage in front of a live audience during the Oscars. 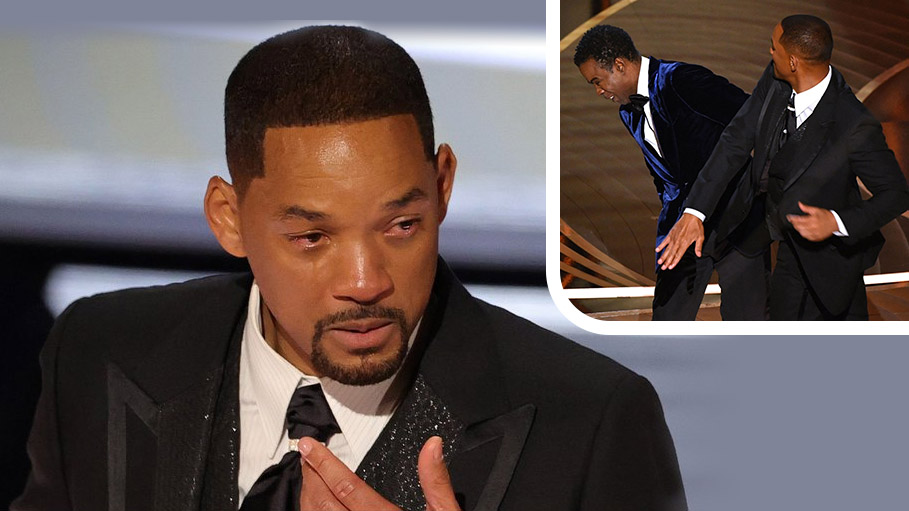 In a twist of events actor Will Smith apologized to Oscar presenter Chris Rock on Monday for slapping him on stage in front of a live audience during the Oscars.

“I would like to publicly apologize to you, Chris. I was out of line and I was wrong. I am embarrassed and my actions were not indicative of the man I want to be”, Will wrote on Instagram.

“Violence in all of its forms is poisonous and destructive. My behavior at last night's Academy Awards was unacceptable and inexcusable.”

“Jokes at my expense are a part of the job, but a joke about Jada's medical condition was too much for me to bear and I reacted emotionally.”

The Oscars 2022 should’ve been a show about honouring talented people from the film world instead it transformed into a show of digs, bad jokes, controversies, and violence. The shocking incident throws light on what’s going wrong in the entertainment world.

During the Oscars, Chris Rock “joked” about Will Smith’s wife Jada Pinkett’s shaved head. It was meant to be a joke. Obviously it didn’t go down well with Will Smith. A joke about his wife’s sickness was way too much for him to handle. He walks across the stage and punches the presenter.

The Oscar recipient should’ve handled the situation in a dignified way. After all, he’s a senior and distinguished actor with years of experience! There are many people worldwide who look up to him for his inner qualities and behaviour. “Violence” was not the solution.

Chris Rock however has won people’s hearts not for the joke but for dealing with the situation in a respectable manner. Even after taking the blow he kept his cool, he didn’t retaliate and he explained to Will Smith that it was a “GI Jane joke.”

He then carried the event forward by staying in control which is not an easy thing to do by all means when you’ve just been smacked in front of a live audience.

We also need to wake up and screen the jokes we make about people especially celebs at public events as celebs are humans after all just like you and me.

Jokes must be reviewed before it goes live at events. Sensitive topics such as sickness, personal attacks on someone’s appearance should be completely omitted from a comedian’s script as these are topics that are sensitive in nature and it could hurt people’s sentiments, especially the person concerned.

There were a lot of takeaways from the 2022 “Oscar incident.”  To sum up in Will Smith’s own words: “Violence in all of its forms is poisonous and destructive.”