World Readies to Welcome 2023 amid Shadow of Covid-19, Russia-Ukraine War

The world's eight billion people on Saturday prepared to usher in 2023 and farewell a turbulent 12 months marked by war in Europe, stinging price rises and Lionel Messi's world cup glory. 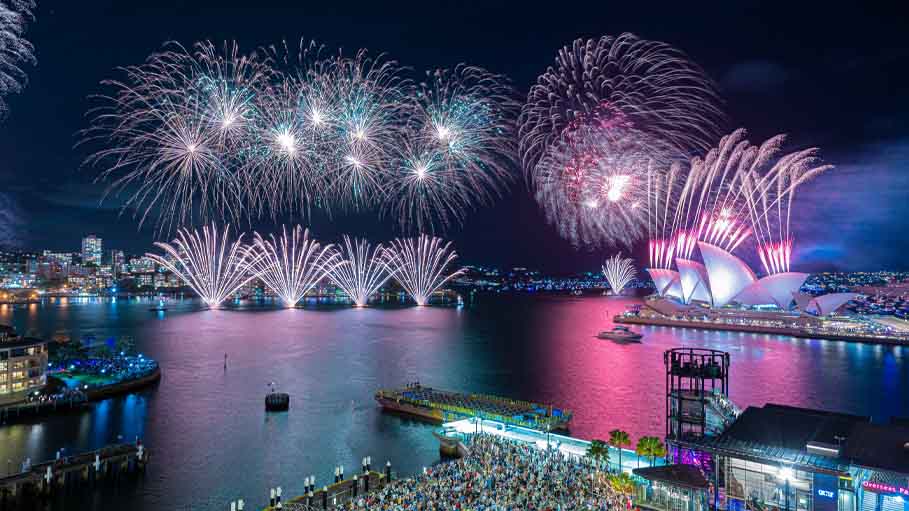 The world's eight billion people on Saturday prepared to usher in 2023 and farewell a turbulent 12 months marked by war in Europe, stinging price rises and Lionel Messi's world cup glory.

After a few pandemic-dampened years, many will be looking to cut loose this New Year's Eve -- setting aside pinched budgets and a virus that is increasingly forgotten, but not gone.

Sydney will be among the first major cities to celebrate 2023, restaking its claim to be the "New Year's Eve capital of the world" after two years of lockdown and Omicron-muted festivities.

Australia's borders have now reopened, and more than one million people are expected to line Sydney's sparkling harbour to watch 100,000 pyrotechnics illuminate the southern sky.

Sydney authorities expect almost half a billion more people will see the festivities online or on TV.

"If we can bring everyone together in celebration and looking to the year ahead with renewed optimism and joy, then we'll see that as a job well done," said fireworks organiser Fortunato Foti.

For some, 2022 was a year of Wordles, the Great Resignation, a new Taylor Swift album, an Oscar slap and billionaire meltdowns.

But 2022 is most likely to be remembered for armed conflict returning to Europe -- a continent that was the crucible of two world wars.

More than 300 days into Russia's botched invasion of Ukraine, about 7,000 civilians have been killed and 10,000 more injured, according to the Office of the UN High Commissioner for Human Rights.

About 16 million Ukrainians have fled their homes.

For those who remain, an 11:00 pm to 5:00 am curfew will be in place amid periodic blackouts and Russian missile barrages.

While some will mark the occasion with quiet candlelit prayers, others intend to party through the night in a collective show of resolve.

In past years, "people always stayed with us until three or four in the morning, so staying here for another hour or two will not be a problem," said Kyiv restaurateur Tetyana Mytrofanov.

In Vladimir Putin's Russia, there seems to be a dulled appetite for grand celebrations.

Moscow has cancelled its traditional fireworks show after Mayor Sergei Sobyanin asked residents to vote on how to mark the occasion.

Muscovites like Irina Shapovalova, a 51-year-old nursery worker, said their main wish for 2023 was for "a peaceful sky above our heads".

State-owned broadcaster VGTRK has promised to provide a "New Year's atmosphere, despite the changes in the country and the world".

But this year's broadcast will be conspicuously without stalwart performer and key presenter Maxim Galkin, who fled to exile after denouncing the Ukraine war.

He has since been branded a "foreign agent" by Russian authorities.

While Covid-19 vaccines have allowed life to return to semi-normal in most parts of the world, in China, the virus is continuing to thwart attempts to move on.

Hospitals in the world's most populous nation have been overwhelmed by an explosion of cases following Beijing's decision to lift strict "zero-Covid" rules.

But authorities in Shanghai have stated there will be no formal activities on the city's famed Bund waterfront.