It all started with, Harsh trying to park his car in the parking lot outside Amity University. However, as a lady was standing at his parking spot, Harsh asked the lady to step aside. Read to know what happened next! 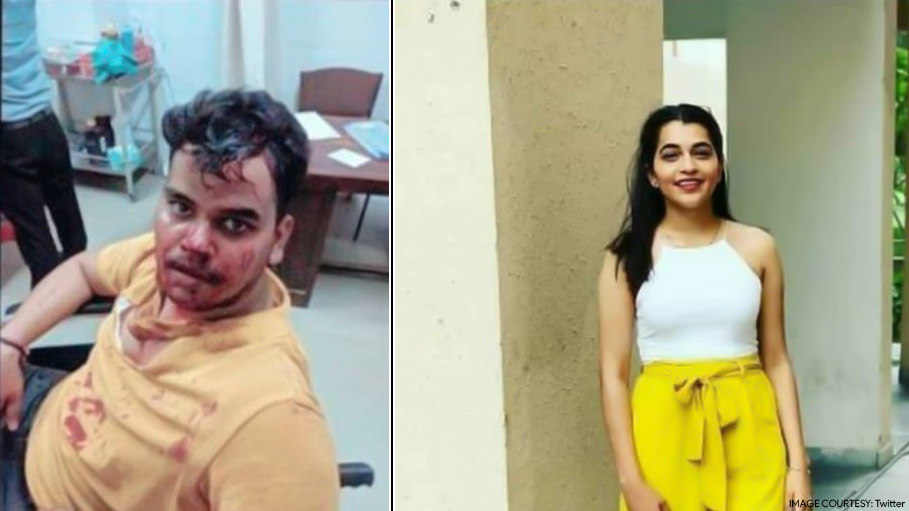 Twitter users are vehemently claiming #justiceforharsh, #justiceformadhav, #justicefordivakar, as Harsh and Divakar were allegedly thrashed while trying to save their friend Madhav from a gang attack. Here’s more!

Twitter is on fire regarding a parking dispute turned mob lynching outside Amity University campus in Noida, Delhi. One of the victims, Harsh, lodged a complaint of being thrashed by a group of goons, along with two of his friends.

It all started with, Harsh trying to park his car in the parking lot outside Amity University. However, as a lady was standing at his parking spot, Harsh asked the lady to step aside. Eventually, the conversation went on to become a heated conversation, and the lady left a few hours later.

Evidently, that’s not the end of the story. As the lady left, four of her friends, namely, Mayank, Shiv, Kunal and Chetan arrived and started out a fight with Harsh.

As, Madhav and Divakar attempted to rescue Harsh, they were thrashed and now admitted to hospital, in critical condition.

Although the lady, lodged a complaint of molestation against Harsh, the Noida police have booked four of her friends on the basis of Harsh’s complaint.

And this is how the netizens of Twitter are reacting to the incident:

I am a Girl..but I Want the Rogue girls who uses their psedo #feminism on our Innocent brothers by falsely accusing them thus,ruining their lives !
& I heartily pray May Karma serve these Rogue girls as per their deeds Soon !
#justiceformadhav#justiceforharsh #JusticeForJesse pic.twitter.com/FflDn8m1SE

Kommal parks her car wrongly outside Amity. When she's asked to remove car, she abuses guys. Doesn't stop at this, brings 25-30 goons to brutally beat up these guys. They bleed, multiple stitches on head. BUT she then files a Molestation case#justiceformadhav#JusticeForHarsh pic.twitter.com/WMeH9WzUht

gundaism in universities not a thing 2be taken lightly. Today, 25-30 goons have entered a classroom of a private university putting the victims in hospital. The police has also registered a harrasment complain against the victim. Where is justice? #JusticeForHarsh

Shameful disgusting is when a girl /woman frames a boy/man in #FakeCases
False rape charges on minor issues like parking. #MisuseOfRapeLaws
Request all on my time line to come forward and demand for #justiceforharsh#justiceformadhav
Keep Rting till this issue reaches @rsprasad https://t.co/QqpMZL1l62