‘Mental Hai Kya’ motion poster has been launched hot and fresh, and its first look is definitely heightening expectations. 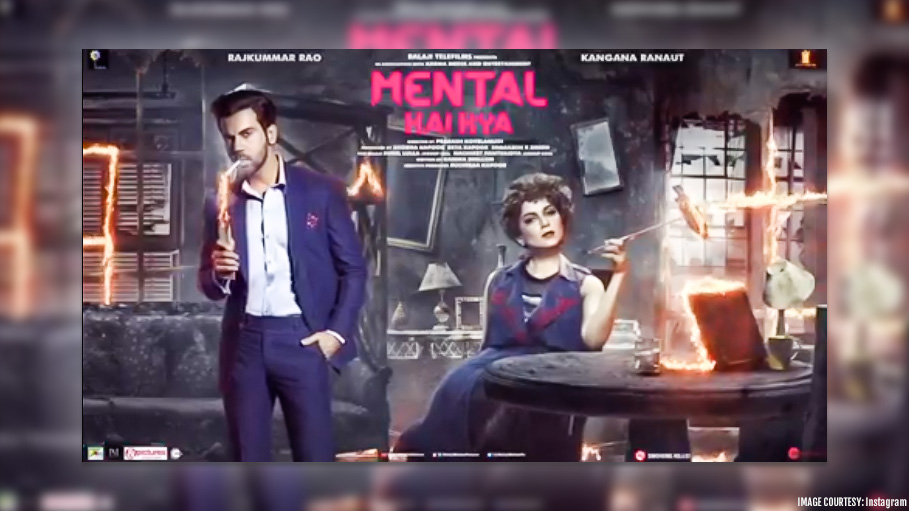 ‘Mental Hai Kya’ motion poster has been launched hot and fresh, and its first look is definitely heightening expectations.

The next upcoming film of Bollywood’s unusual yet successful pair Rajkumar Rao and Kangana Ranaut, ‘Mental Hai Kya’ has released its motion poster and internet is loving the way, the duo setting fire all over.

The ‘Stree’ and ‘Newton’ actor captioned the recently released poster writing, “These suspects will set the world ablaze! Who’s side are you on? #TrustNoOne #MentalHaiKya”.

What’s more? Well, this is the second time after ‘Queen’ (2013) that Kangana Ranaut and Rajkumar Rao will be sharing screen space together. While in ‘Queen’ Kangana was shown ditched by his onscreen fiancee played by the actor, in ‘Mental Hai Kya’ we can definitely expect something more quirky, running beyond our predictions.

Kangana who is known to be bold and beautiful in reel and real life, and Rajkumar Rao for his extremely persuasive and spontaneous character portrayals, both are hailing expectations high, and we can’t wait to see the trailer.

Produced by Balaji Motion Pictures and Balaji Telefilms ‘Mental Hai Kya’ is slated to hit the theaters on 26th July 2019.