Akshay Kumar brings something new to the Indian audience as ‘Mission Mangal’ launches its trailer, achieving success! Based on India’s Mars Orbiter Mission, the film is all set to boost your sense of nationalism, this Independence day! 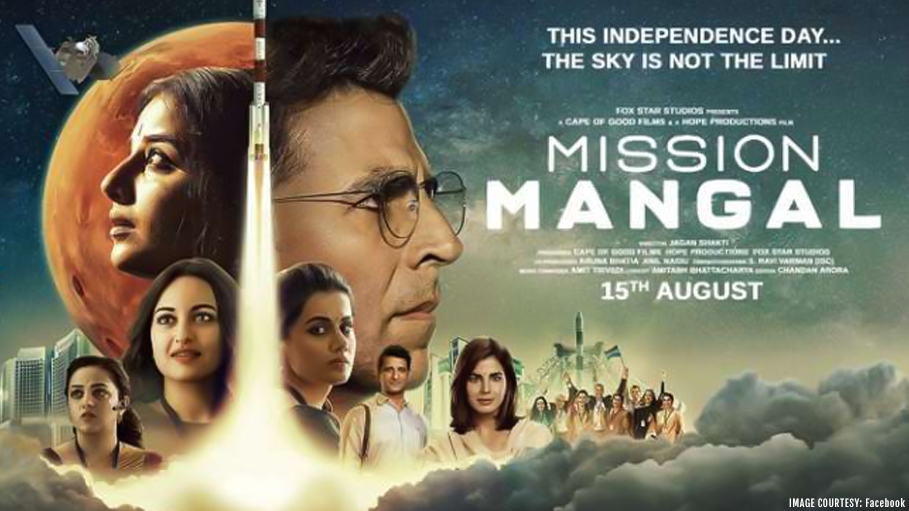 ‘Khiladi’ Akshay Kumar is definitely in the mood for some experimentations, and that too being an ISRO scientist. His upcoming film ‘Mission Mangal’ which is loosely based on India’s Mars Orbiter Mission, is dedicated to the diligent ISRO scientists, who made India’s first interplanetary mission successful with their unputdownable zeal, perseverance and genius.

Gifted actress Vidya Balan, who had been earlier paired against Akshay (Rakesh Dhawan) in a number of hit Bolly flicks, is a welcoming factor for the film. She depicts Akshay’s colleague (Tara Shinde) at ISRO (Indian Space Research Organisation) and undoubtedly promises a striking performance, no matter what!

To acquaint you with the film’s background, Mars Orbiter Mission, also called ‘Mangalyaan’ was launched on 5th November, 2013. The space probe has been orbiting Mars since 24rth September, 2014.

After Roscosmos, NASA, and the European Space Agency, ISRO has become the fourth space agency to reach Mars.

As an Indian resident, you can definitely take pride in the fact that this mission has bestowed India the honourary title of becoming the first Asian nation to enter Mars orbit and the first country to do so in its maiden attempt. Jai Hind!

Distributed and co-produced by Fox Star Studios, ‘Mission Mangal’ will be taking off on 15th August.

Do share your views with us in the comments below, on ‘Mission Mangal’ trailer.