"Pretty Motivated to Act All along": Joe Biden on Gun Control in US

US Gun Control: The Texas mass shooting was the deadliest school attack since 20 children and six staff were killed at Sandy Hook Elementary School in Newtown, Connecticut in 2012. 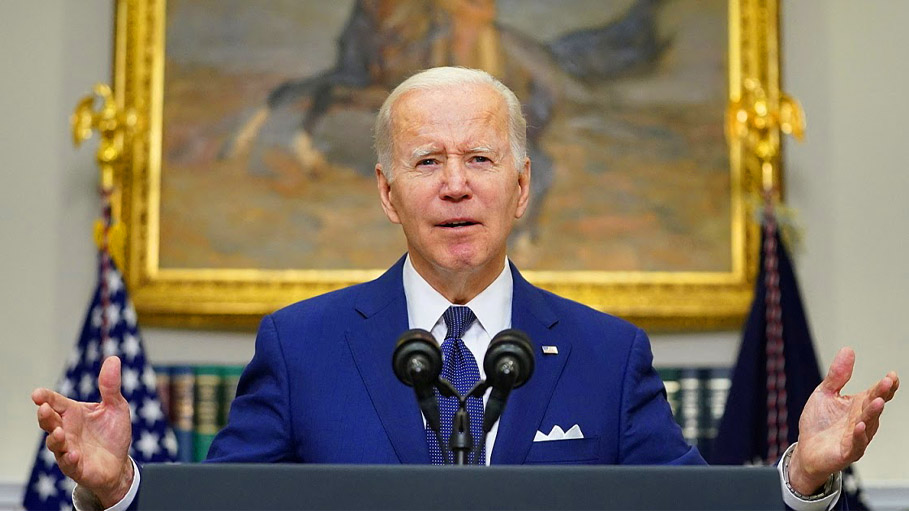 Washington: US President Joe Biden vowed on Monday to push for a "more rational" approach to gun regulation in the wake of the country's latest mass shootings.

"I've been pretty motivated all along" to act on guns, Biden told reporters in Washington. "I'm going to continue to push."

He added: "I think things have gotten so bad that everybody is getting more rational about it. That's my hope."

A day earlier, the president visited the Texas town of Uvalde, where 19 children and two teachers were killed by a teen gunman last week in a shooting at their elementary school.

The mass shooting was the deadliest school attack since 20 children and six staff were killed at Sandy Hook Elementary School in Newtown, Connecticut in 2012.

It came less than two weeks after another mass shooting, in Buffalo, New York, where 10 people died in an attack targeting African Americans, allegedly by a self-described white supremacist.

Congress has repeatedly failed to agree on tighter gun regulations despite the grim recurrence of mass shootings, but the latest killings in the country's epidemic of gun violence have sparked a push for new measures.

Key lawmakers expressed guarded optimism on Sunday for reform, in a country with a thriving gun culture where guns outnumber people.

"There are more Republicans interested in talking about finding a path forward this time than I have seen since Sandy Hook," Democratic Connecticut Senator Chris Murphy told local TV on Sunday, adding that "serious negotiations" were underway with members of both parties.

Biden said Monday he is deliberately "not negotiating with any of the Republicans yet."

"I know what happened when we had rational action before" on gun regulation. "It did significantly cut down mass murders".