Russia pledged to scale down fighting around Kyiv and a second major city following peace talks on Tuesday that Ukraine's leader said showed "positive" signs, but Western allies made clear their doubts over Moscow's intentions. 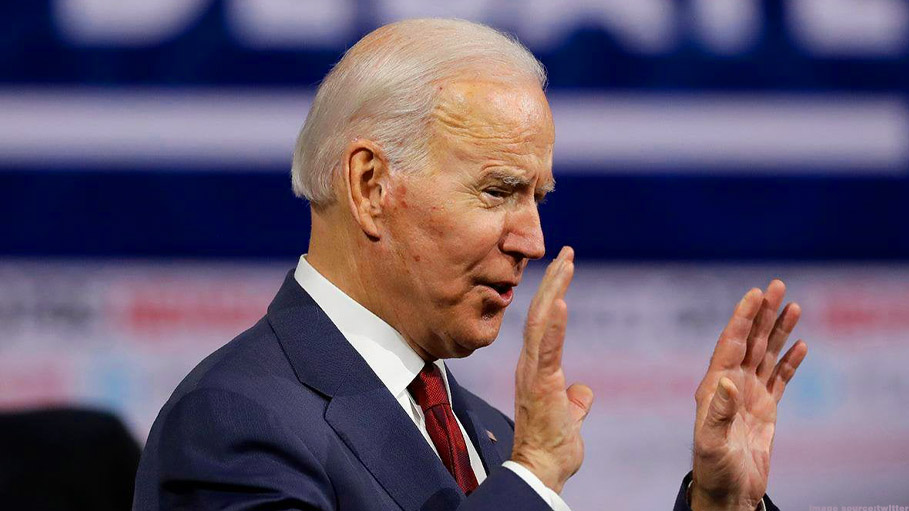 Kyiv: Russia pledged to scale down fighting around Kyiv and a second major city following peace talks on Tuesday that Ukraine's leader said showed "positive" signs, but Western allies made clear their doubts over Moscow's intentions.

Details filtering from the talks in Istanbul raised hopes after more than a month of war that has left thousands dead and millions displaced.

Kyiv's negotiator David Arakhamia said there were "sufficient" conditions for President Volodymyr Zelensky and his Russian counterpart Vladimir Putin to meet in a push to end Europe's worst conflict in decades.

Russia, Fomin said, had decided to "radically, by several times reduce the military activity" around Kyiv and the northern city of Chernigiv.

Zelensky himself sounded a note of cautious optimism following the day's talks -- though he said the "positive" signals "do not drown out the explosions or Russian shells" and vowed in a video address late Tuesday to keep up defence efforts.

But the United States cast clear doubt on Moscow's words, and vowed with fellow Western powers to keep "raising the costs" on Russia.

And by Tuesday evening Ukraine's general staff -- while confirming Russian units were withdrawing from the Kyiv and Chernigiv regions -- said it was most likely a troop rotation intended to "mislead" Ukraine's military.

On the ground in the capital, air raid sirens could be heard ringing out late into the night, with residents ordered to proceed to shelters.

Elsewhere in the country, meanwhile, the toll continued to climb, with at least 12 people killed by a Russian missile in southern Mykolaiv -- adding to a toll estimated by Zelensky at 20,000 so far.

Reinforcing the Ukrainian assessment, US officials said that while small numbers of Russian forces were indeed stepping back from Kyiv, the vast majority remained.

"We're not prepared to call this a retreat or even a withdrawal," Pentagon spokesman John Kirby said, warning a "major offensive" may yet be imminent in other areas of Ukraine and that the threat to Kyiv was not over.

A spokesman for British Prime Minister Boris Johnson echoed that message, saying: "We will judge Putin and his regime by his actions and not by his words".

US President Joe Biden spoke with Johnson and the leaders of France, Germany and Italy, together vowing no let up in the strong economic sanctions imposed on Moscow.

"We'll see if they follow through on what they're suggesting," Biden told reporters following the call, when asked if he believed Russia was simply trying to buy time.

The signals from Tuesday's talks nonetheless sent European and US stock markets up, while oil prices fell by five percent as supply fears eased, and the ruble surged 10 percent against the dollar.

Last weekend Moscow already signalled it was dialing back its war goals, focusing its military resources on capturing the eastern Donbas region.

The Pentagon assesses that Russia badly underestimated Ukrainian resistance, and that its offensive has stalled near Kyiv and other cities.

In recent days, Ukraine's fighters have notably recaptured the strategic Kyiv suburb of Irpin, and pushed back Russian forces from around Mykolaiv.

But on Tuesday a Russian missile strike on a government building in the southern city left at least 12 dead and 33 wounded, Ukrainian officials said.

"I was having breakfast in my apartment," Donald, 69, a retired Canadian postal worker with Ukrainian residency told AFP. "I heard a whoosh, then a boom and my windows rattled."

Another local resident, Viktor Gaivonenko, who was helping clean up the debris, said: "Putin is a bastard. That's all there is to it".

While Ukraine's forces are counterattacking in the north, they are struggling to retain control of the devastated southern port city of Mariupol.

Russian forces have encircled the city and are conducting steady and indiscriminate bombardment, trapping an estimated 160,000 people with little food, water or medicine.

At least 5,000 people there have already died, and the full toll could be as high as 10,000, according to one senior Ukrainian official.

France, Greece and Turkey have been hoping to launch a mass evacuation of civilians from Mariupol within days, but French President Emmanuel Macron, after speaking with Putin Tuesday, said conditions for the operation were not yet met.

Calling the Mariupol siege a "crime against humanity" happening "in front of the eyes of the whole planet in real time", Zelensky urged allies to keep the sanctions pressure on Moscow "until this war is over."

In the latest round of diplomatic expulsions, Belgium, Ireland and the Netherlands Tuesday announced a total of 42 diplomats would be told to leave.

Responding tit-for-tat, Moscow said it was expelling 10 diplomats from Estonia, Latvia and Lithuania.

And it reiterated that it will only be accepting payment in rubles for gas deliveries to the European Union -- after G7 ministers called this arrangement "unacceptable".