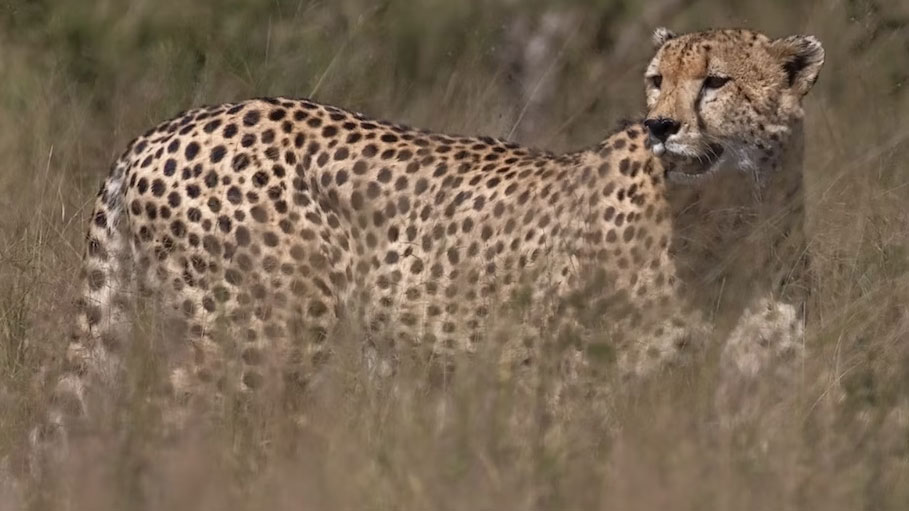 Sheopur: Two cheetahs in Kuno National Park in Madhya Pradesh's Sheopur were moved from the quarantine zone to the larger acclimatisation enclosure on Sunday, which took the total number of big cats in the latter area to five, an official said.

Eight cheetahs arrived in Madhya Pradesh from Namibia in southern Africa on September 17 as part the ambitious reintroduction project of the species and were released into the quarantine zone by Prime Minister Narendra Modi.

Obaan was released into the larger enclosure on November 18, while Elton and Freddie were moved on November 5.

The remaining three cheetahs, all female, will be released in the larger enclosures in a phased manner soon, he added.

Earlier, on Saturday, the last of the six leopards that had entered the larger enclosure before the arrival of these cheetahs moved out into the wild, Verma had said.

The last cheetah died in India in Koriya district in present-day Chhattisgarh in 1947, and the species was declared extinct from the country in 1952.