Though the world of medicine and the world of glamour are two entirely different fields, Bhasha proved that anyone can be a pageant winner if they have what it takes to be a winner. 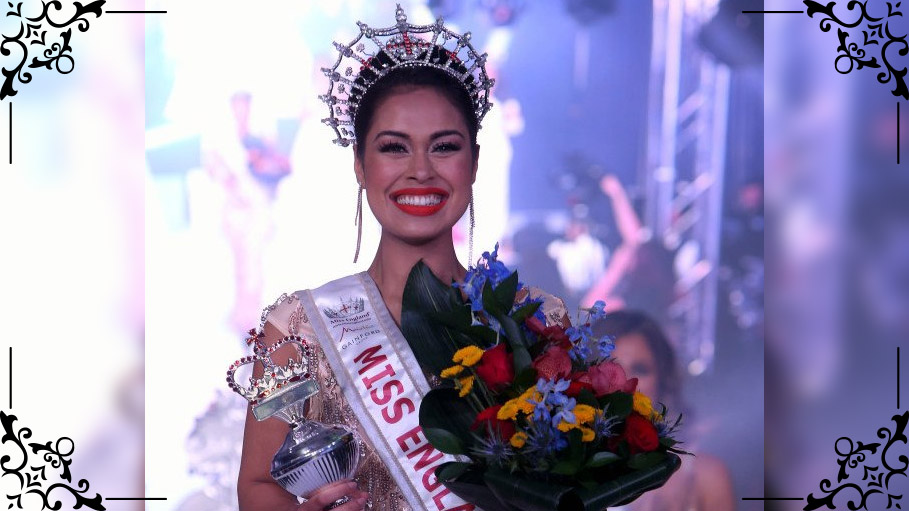 A 23-year-old girl of Indian origin by the name of Bhasha Mukherjee has been crowned ‘Miss England’ on Thursday.

This young lady from Derby has just begun a job as a doctor at the Pilgrim NHS Hospital in Boston, Lincolnshire just hours after she won the pageant in Newcastle.

Though the world of medicine and the world of glamour are two entirely different fields, Bhasha proved that anyone can be a pageant winner if they have what it takes to be a winner. Your field of profession, nationality, race and skin colour are no barriers whatsoever.

With mother Mita and brother Arya

Bhasha had to begin the new job as a junior doctor just a few hours after the pageant got over. Even though she bagged the title and even though the contest ended quite late, she woke up early to catch the train at 4 am the next morning. Apparently, she had no clue that she’ll bag the crown but gave her best shot anyway.

She admitted that this week had been quite hectic for her. While going to work in the morning the doctor and pageant winner said, “I start work today and I'm supposed to be moving house to a brand new city on Sunday.

It's been really nerve-wracking, I couldn't tell if I was more nervous about the competition or about starting my job as a junior doctor.”

She posted a picture on her Instagram account yesterday morning and captioned it with these lines, “Can't decide what's better, having an official ID with Dr before my name or Miss England. Surreal af.”

What’s more interesting about Bhasha Mukherjee is that she has an IQ of 146 which makes her officially “a genius” and she’s also well versed in five different languages.

Bhasha was born in India however her family that includes her father, mother and brother moved to the UK in 2004 when she was only nine. They are originally from the city of joy- Calcutta. She studied in the University of Nottingham where she was lucky enough to complete two degrees- one in medical sciences and one in medicine and surgery.

Things were not easy though after moving to the UK. The family struggled in a one-room house for a long period. To add to her woes, Bhashawas subjected to racist bullying in school. She couldn’t adjust in school as she was more focussed towards academics and her eccentric nature made it difficult for other students to relate to her. Despite the challenges, Bhasha poured all her energies into studies.

Her teachers spoke very highly of her and some of them even cried when they spoke of her as she achieved good grades despite the setbacks.

The lucky gal has bagged a holiday to Mauritius and now she’ll gear up for her next pageant- the ‘Miss World’ contest.