ISIS chief Abu Bakr al-Baghdadi is killed in a US military raid in Syria’s Idlib region. 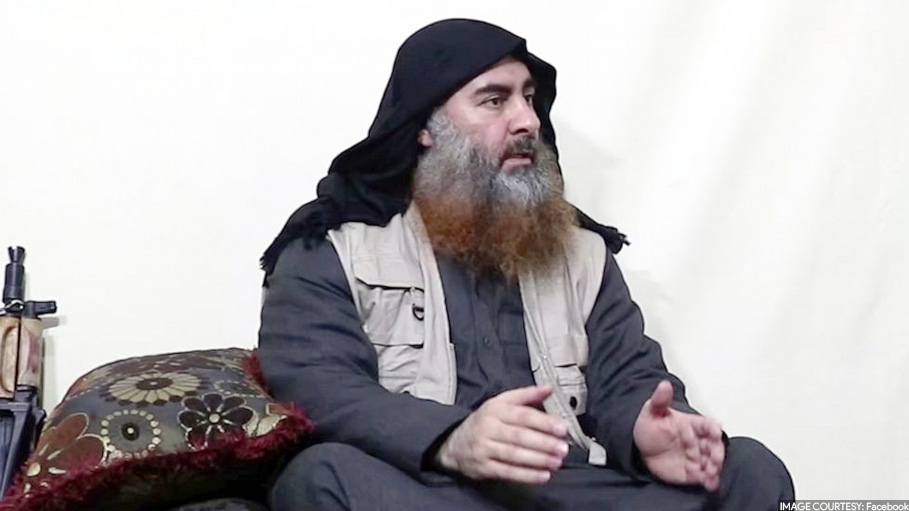 ISIS chief Abu Bakr al-Baghdadi is killed in a US military raid in Syria’s Idlib region. 48 years old, Baghdadi, has built the violent terrorist movement into a potent force, establishing its own ‘Caliphate’ in 2014 in territories across Syria and Iraq.

He was the target of the US-Led Coalition Forces, as he was blamed for the deaths of thousands of civilians, which includes executions and beheadings and accused of war crimes. But he has been on the run since the group’s organization is slowly destroyed and they have been ousted from their claimed territory in Iraq and Syria. The US-Led Coalition forces also declared victory over ISIS in March of this year.

Earlier, the United States had also declared a $25 million reward for information on his whereabouts. At the start of this year, he appeared in a video and audio message calling ISIS fighters to regroup and try to free thousands of their comrades captured by the US and allied Syrian Democratic Forces in northeastern Syria.

Abu Bakr al-Baghdadi has overseen the rise and fall of his ISIS  ‘caliphate’, though at of the peak of its power, he kept himself in a very low profile, which also earned him the nickname ‘The Ghost’.

In 2014, he proclaimed himself the ‘caliph’ and held sway over seven million people across Syria and Iraq, where ISIS forcefully implemented its brutal version of Islamic law. His infamous declaration of war from Iraq’s Al-Nuri Mosque unleashed a wave of violence, which has killed thousands of civilians, displaced millions and also drawn world powers into the region’s conflicts.

He was born in the year 1971 as Ibrahim Awad al-Badri. The young and passionate football fan did not have enough marks to study law, for bad eyesight couldn’t join the Army, he then moved to Baghdad to study Islam. In 2003, when US-Led Forces invaded Iraq, at that time he founded his own insurgent organization, but it never carried out major attacks.

In February 2004, he was also arrested and held in a US detention camp in southern Iraq, he was then a very ordinary, which can be dubbed as a Second or Third-tier terrorist. By the end of 2004, he was released for lack of evidence. He was later arrested twice but has let go, because security forces couldn’t find who he was.

In 2005, Baghdadi pledged his allegiance to Abu Musab al-Zarqawi, the brutal leader of Al-Qaeda and was in charge of Iraq. In the year 2006, Zarqawi was killed in an American drone strike, and his successor too was also eliminated, it is then Baghdadi took over the helm.

He revived the Islamic State of Iraq (ISI) and expanded it to Syria by 2013 and declared independence from Al-Qaeda. The elusive Baghdadi was at the top among the most wanted terrorist and become the subject of an international manhunt. He maintained a very low profile in contrast to his predecessor, slain Al-Qaeda leader Osama bin Laden, this also helped him survive for years.

Baghdadi is believed to have three wives, Iraqi Asma al-Kubaysi, Syrian Isra al-Qaysi, and another spouse, whom he married recently and who is from the Gulf. He also has been accused of repeatedly raping young girls and women and he kept as ‘sex slaves’, including a pre-teen Yazidi girl and US aid worker Kayla Mueller, who was later killed.