It was Nora Fatehi’s goal to take ‘Dilbar’ to the Middle East and Africa because she felt that it was the best way she could launch herself. 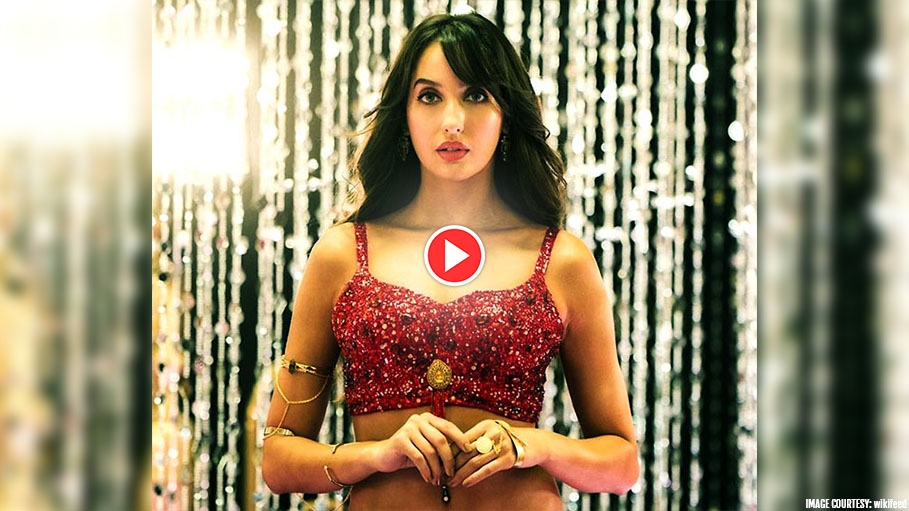 Actress and dancer Nora Fatehi who captured the attention of masses with her moves in the song ‘Dilbar’ in Satyamev Jayate is all set to make her debut as an Arabic singer. Read on.

The Moroccan origin actress tasted success and fame in India when her song ‘Dilbar’ in Satyamev Jayate became a massive hit. The song crossed 20 million views in the first 24 hours of its release which made it the first Hindi song to have climbed the popularity charts in such a short span. She soon acquired a large fan base in India. Now, after displaying her dancing skills, looks like the actress is all set to showcase her singing skills too. Nora Fatehi is said to make her debut as an Arabic singer.

Nora is collaborating with Arabic hip-hop and rock band ‘Fnaire’ that is quite popular in the Middle East, Africa and North America. The band is also known for launching popular singers and now Nora is one among them. Nora has sung the Arabic version of ‘Dilbar’ which broke several records in India. In addition, she would also be shooting a collaboration video for which she is flown into Mumbai.

Speaking of her debut as a singer Nora said, “It is a huge deal for both Morocco and India because this is the first time we will be getting Indian culture and Moroccan culture together artistically and musically and this has been my goal as well, to bring them together.” Fatehi said that the lyrics have been written in Arabic and Moroccan language, recomposed and then recorded.

It was Nora’s goal to take ‘Dilbar’ to the Middle East and Africa because she felt that it was the best way she could launch herself. She revealed that she has produced the song and T Series will be launching it on their channel. The upcoming video is being directed by Morocco based director Abderrafia El Abdioui.

Nora Fatehi has worked in several projects prior to appearing in ‘Satyamev Jayate.’ She made her Bollywood debut in ‘Roar: Tigers of the Sundarbans’. She has even appeared in Malayalam and quite a few Telugu movies. The actress was signed up for movies such as ‘Baahubali: The Beginning’ and ‘Kick 2’. Amongst TV shows, Nora has appeared in ‘Bigg Boss’ as a wildcard entrant and she was a contestant in ‘Jhalak Dikhla Ja’ in 2016.

Reviewers praised her acting skills in a project called ‘My Birthday Song’ which is a psychological thriller. She was paired opposite Sanjay Suri in this very gripping movie. Fatehi last appeared in the comedy-horror movie ‘Stree’ in a song titled ‘Kamariya.’ It’s commendable of the actress who doesn’t have Indian roots to slowly but surely make a place for herself in a very competitive entertainment industry.