A British woman named Angela Glover became a victim of the Tsunami that hit Tonga recently and this makes her the first reported victim of the deadly disaster. 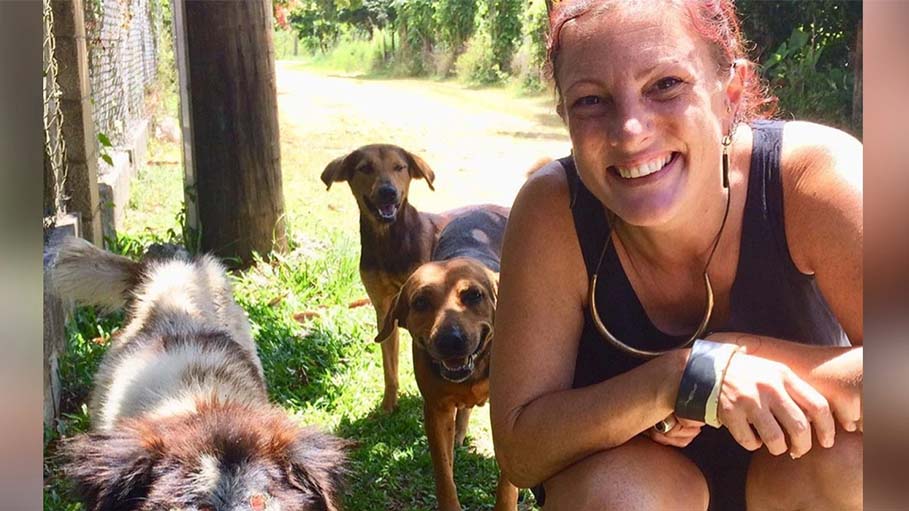 A British woman named Angela Glover became a victim of the Tsunami that hit Tonga recently and this makes her the first reported victim of the deadly disaster.

According to her brother Nick Eleini, his sister Angela and her husband James have lived in Tonga since the time they got married in 2015.

They loved the locals in the Island and the Tongan “love of family and culture.” James ran a Tattoo parlour where he employed and trained Tongans while Angela founded the Tongan Animal Welfare Society.

Angela loved the ocean and was drawn towards living a life in Tonga since her childhood dream of swimming with the whales.

The Hunga Tonga-Hunga Haʻapai volcano, which erupted on Saturday, was about 40 miles (65km) north of Tonga's capital Nuku'alofa, where Angela and her husband James had made their home.

Angela and her husband got separated when she ran behind her rescue dogs while trying to save them. During this period a huge wave triggered by underwater volcanic eruption washed her away whereas her husband clung on to a tree.

According to relatives the husband is “guilt ridden” after the tragic event.

Later Angela’s body was discovered in the bushes when the water receded on Monday.

“I understand that this terrible accident came about as they tried to rescue their dogs”, Nick said in a video statement.

He defined his sister as a “beautiful woman” who “would walk into a room and just light it up with her presence.”According to the Red Cross, approximately 80,000 people may have been affected by the Tsunami.