At 74, Mangayamma Becomes Oldest Ever Mother in the World

After the surgery Dr. Uma Shankar said, “This is a medical miracle”. He also claimed that Mangayamma has also become the oldest woman in the world to give birth at this age. 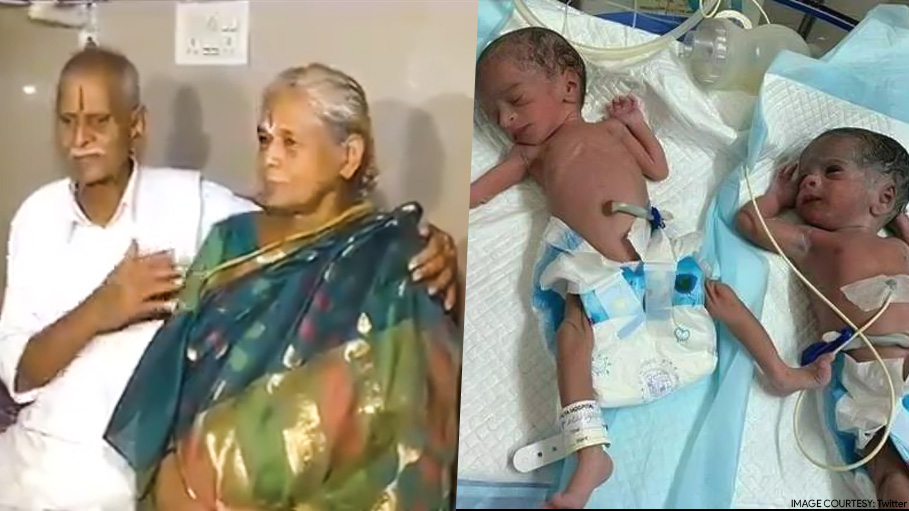 A 74-year-old woman from Andhra Pradesh becomes the oldest ever mother, when she successfully gave birth to twins at a hospital in Guntur town in Andhra Pradesh on Thursday. Mangayamma, who has conceived through IVF or In Vitro Fertilization process, delivered the twin babies at Ahalya Nursing Home in Guntur.

A team of four doctors performed the caesarean operation. Dr. S. Uma Shankar, who headed the team of doctors for this special operation, said both the mother and the babies were doing fine. After the surgery Dr. Uma Shankar said, “This is a medical miracle”. He also claimed that Mangayamma has also become the oldest woman in the world to give birth at this age.

Earlier, a 70-year-old Daljinder Kaur from Haryana was considered to be the oldest woman in the world to give birth to a baby. Kaur, who delivered a baby boy in the year 2016, also followed an IVF process.

Mangayamma, who is from Nelapartipadu in East Godavari district of Andhra Pradesh, was childless even after 54 years of marriage. So, she along with her husband Y. Raja Rao decided to have a baby late last year and therefore approached the IVF experts at the nursing home and the doctors there also decided to help the couple.

After the delivery, Mangayamma told the media, “I am very happy. God has answered our prayers”. Her husband Raja Rao and other family members also celebrated the moment by distributing sweets in the hospital.

Dr. Uma Shankar said before the caesarean operation the team of doctors went ahead with various processes and conducted various tests and found Mangayamma is fit to become pregnant. In the very first cycle of the IVF procedure, Mangayamma conceived. Subsequently, a team of three doctors was formed to monitor her general health, cardiac health and nutrition.

Dr Uma Shankar said, “Ten doctors worked for nine months to keep a close watch on her health. The regular scans revealed that there are no complications”.

The couple also wanted to perform a traditional ceremony ‘Seemantham’, which is performed in the eighth month of pregnancy. But, the doctors advised them to wait for a month. Keeping its promise, the nursing home organised the ceremony on its premises a few hours before the delivery.

After the success of the operation, the hospital staffs, relatives and well-wishers greeted the oldest parents. Doctors, monitoring the mother and the babies, said they would be under observation for the next few days, before their release.