Russian President Vladimir Putin was framed hitting the head, liver and abdomen of a static target from from 1968 feet distance with the silver rifle from Kalashnikov company. 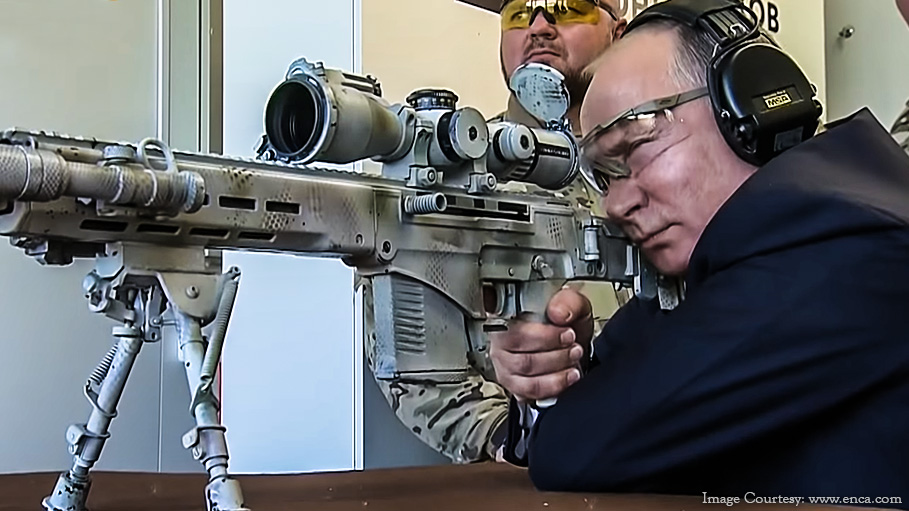 When it comes to knocking down his target, Vladimir Putin can give a tough competition to anyone and everyone. Especially, on the occasion of testing a sniper’s rifle, the Kremlin strongman turned out to be a champ. On Wednesday, the Russian President tried out the all-new Kalashnikov rifle at the Patriot Park, Moscow.

A Russian state television channel aired the footage where Putin is seen wearing goggles and earphones, as he is all set to show his marksmanship with the Chukavin sniper's rifle - SVCh-308, designed by Kalashnikov.

Reportedly the lethal machine is described as “an ultra-modern rifle for Russian snipers”.

The Russian President’s skills were highly impressive as he hit the bull’s eye more than half the time he fired. Precisely, 3 out of his 5 shots were deliberate and deadly!

Rossiya 24 television, the channel reported that the target was set at a maximum distance.

And throughout the testing session, Putin’s handling of the rifle and trigger pulling style appeared no less proficient than the professional snipers.