As the technology leaders continue making business data available on demand, the day is close when AI and its entire sub-technology suite will get democratized too. So I say, sometimes the greatest truths make no damn sense until the most unexpected turns into reality. 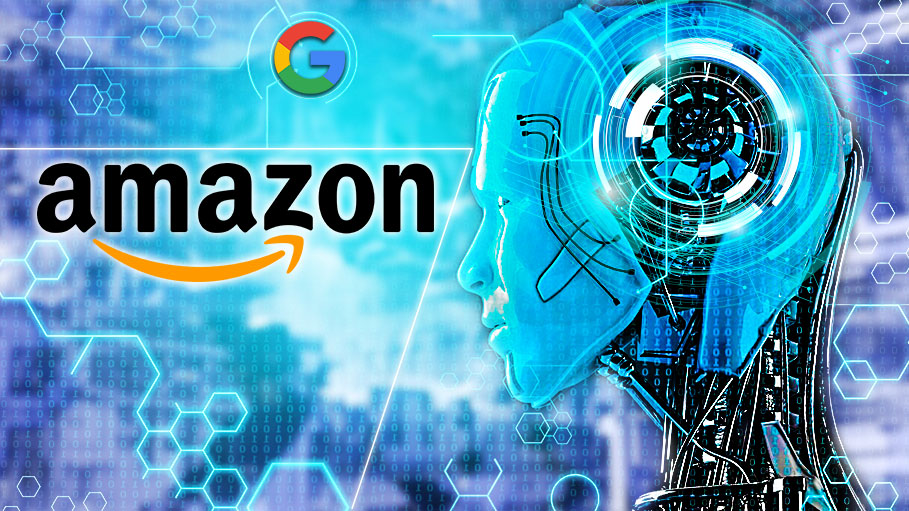 With the evolution of emerging technologies, every industrial segment is experiencing disruption. We hear of Artificial Intelligence and Machine Learning systems handling customer queries, scanning resumes, scheduling interviews, robots collecting blood samples, so on and so forth. While many organizations are gearing up to embrace the changes, many are finding it stressful to keep up the pace. Startup organizations, digital platforms, software vendors, service providers, networking and hardware manufacturers are struggling hard to offer products, solutions, services and business models to serve a growing demand from end users.
This is the initial phase of another industrial revolution. Now data is being considered the new oil and conversation, the new UI. At this point, it’s not so clear how much success companies will get in the AI route. However, the early adopters of the nascent technology, namely Amazon, Google, Apple, Microsoft, IBM, just to name a few, are rolling out AI and ML powered systems to help in our daily work-life.

AI encapsulates a subset of technologies capable of deciphering external signals, extricating patterns, generating outputs such as amalgamation of text with voice, assessing results, and independently rearranging its own logic to learn from underlying data and proficiency. One of the rapidly growing sub-technology is machine learning which is part of AI core technologies. It empowers machines to self-tune the codes through iterative experiments in order to achieve a definite objective.

The latency in artificial intelligence suite is creating a massive market. According to PwC, AI will contribute USD 15.7 trillion to universal GDP by the year 2030. You may compare the influence of AI with other significant game changers that infiltrated every part of earlier business models and consumer products or services, such as computers in the 1980s, the internet in the 1990s, and smart devices in the 2000s. Though there are specks of cloud now in the evolution phase, once the sky gets clearer, the future days will witness AI best practices and firmer business models in place.

As the technology leaders continue to put efforts to make relevant business data available on demand to the executives, the growth of AI and ML models emphasizes upon the availability of data, without which the artificial intelligence and machine learning, deep learning, reinforcement learning and neural network systems will not yield accurate results. So being intuitive, I must say, the day is too close when AI and its entire sub-technology suite will be democratized as well as cater to the necessity of the masses.

The technological advancement is giving rise to several new industries with volatile phases, during which business leaders, strategists, sales and marketing personnel, analysts, experts and even start-up firms are pitching against each other to create a niche of their own. Companies are experiencing innumerable glitches while trying out weird experiments, methodologies, designs and approaches, processes and solutions in their stride. If you recall the previous decades, you will realize how Apple Macintosh and iPod, Hotmail, Google Search Engine, IBM Simon and Apple iPhone 4S smartphones evolved and were revolutionary in their own ways. It’s a matter of time and an acceptable design for any product, solution or service to click in the market, satisfying consumer needs, providing optimal efficiency and convenience.

During the inception of the computer industry, a horde of start-ups contended to define the standards and finally Microsoft, IBM and Apple designs prevailed for two decades with almost 95% of the market. In the case of the automobile market, a small group of big brands (including Mercedes, Audi, BMW, Ford, Fiat, Toyota, Volkswagen, and Lamborghini) continued to capture the market for an entire century in a classic example of a monopoly.

Considering the former models of industrial innovation, Artificial Intelligence as a technology is undergoing spiral refinement. The progress so far predicts the emergence of a superior design which will kindle the sustenance and growth of a few players who achieve industry leadership. Every modular and disintegrated industry undergoes competitive compulsion towards vertical integration in the quest for efficiency and market control. In contrast, every verticalized industry undergoes competitive compulsion to disintegrate under the burden of its own bureaucracy and core rigidities, and the lateral expansion of competitors from adjacent market opportunities. Assuming this model, we should anticipate a verticalization of the AI industry. In the same way as any other digital industry, AI too, follows a ‘survival of the fittest’ strategy. Only a few players will emerge successful and rule the industry, which will be defined by a dominant architecture.

Considering Amazon, the retail titan has paved the path for AI with the emerging dominant architecture. A few years back, Amazon's hyper-capacity in computer services and memory storage led the company to offer computing power and memory storage to third parties through the cloud. Amazon followed a ‘SaaS’(software as a service) model with Amazon Web Services (AWS) and it was a huge success. AWS is now a 16 billion dollar business which is growing 42% annually, Microsoft and Google being followers of Amazon’s footsteps. The three firms are expected to capture 80% of all cloud platform revenue by 2020. Following this strategy, businesses can connect to an AI ‘hose’, parameterize their necessities, train remote state-of-the-art processors, and access the results through cloud services, while paying for the time and computing capacity used. Artificial Intelligence is expected to be the next great disrupter according to the report.

Though several technology leaders are trying to grab the market, only massively big players will be able to provide the computational power, storage and other requisite hardware, investments in research and development, to create global standards for the AI platform. Under the current market scenario, the top platforms are being offered by Amazon, Google, Microsoft, or IBM. Artificial Intelligence and the entire subset of Machine Learning, Deep Learning and even Neural Networks is driven by the increasing demand for end-user applications or products. Assuming that concentration dynamics pick up, it will improve the natural competitive advantages of proven digital platforms, such as Amazon or Google, by absorbing huge data flows from thousands of remote as well as small clients and applications, thereby spinning up more specialized knowledge, better algorithms, and winning AI competencies. The AI skill and expertise created by digital platforms for a set of users in a given industry such as healthcare, finance, banking, retail or even talent acquisition can be used for other consumers in a cross-spillover methodology inclusive of data strategy.

Organizations have realised the need to make enterprise data available to specific groups of users an on-demand basis for decision making, response to market drive, business benefit and so on. We can be rest assured that the day is not far when AI will get commoditized and democratized as well, in the manner similar to data, since AI cannot produce accurate results without sufficient data. We should watch out for a standard Artificial Intelligence connectivity, similar to the internet, to be available for every organization. We will get the actual competitive edge from the quality as well as quantity of data, reflecting the data strategy and extraordinary customer experience. Several startups and smaller organizations are working towards making AI a ground reality. We will soon find cars, hospitals, banks, parlours, even hotels and fuel-stations powered by Google, Microsoft or Amazon Artificial Intelligence system. Sometimes the greatest truths make no damn sense until the most unexpected turns into reality.