A 33-year-old Singapore doctor, linked to an anti-vaccination group, has been suspended after being accused of injecting patients with saline solution instead of a COVID-19 vaccine. 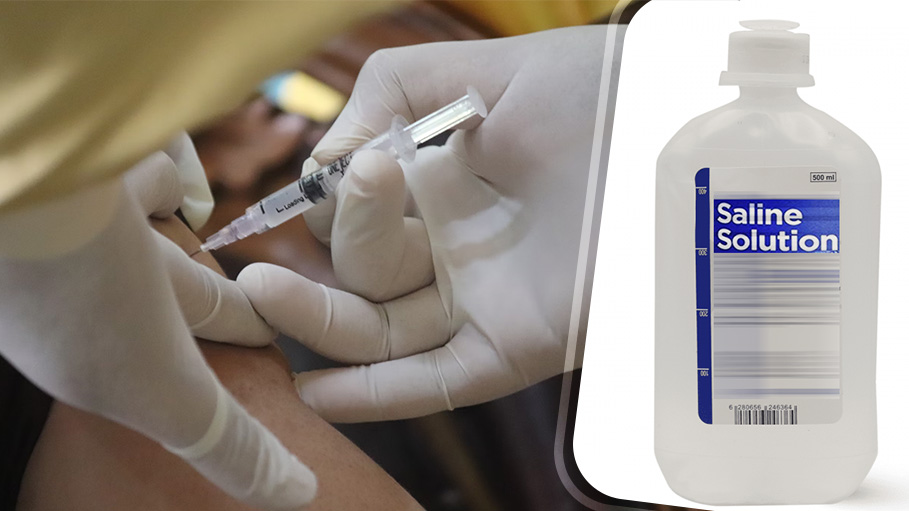 Singapore: A 33-year-old Singapore doctor, linked to an anti-vaccination group, has been suspended after being accused of injecting patients with saline solution instead of a COVID-19 vaccine, and uploading false vaccination statuses to the Ministry of Health's National Immunisation Registry, local media reported.

Dr Jipson Quah's registration as a medical practitioner was suspended by the Singapore Medical Council (SMC) from March 23 for 18 months, or until the disciplinary proceedings are concluded, whichever is sooner, the council said on Monday.

Dr Quah, a member of the anti-coronavirus vaccination Healing the Divide, has been charged in court with conspiring to defraud Ministry of Health (MOH) by submitting false vaccination data.

SMC said on Monday that it received a complaint from MOH on January 23, which was referred to the Interim Orders Committee. The committee ruled that Dr Quah's suspension was "necessary for the protection of members of the public and in the public interest".

Among other things, it was alleged that Dr Quah had administered saline solution instead of a COVID-19 vaccine to patients and that he uploaded false vaccination statuses to the MOH's National Immunisation Registry to record that these patients have been vaccinated against the disease.

He allegedly "grossly overcharged" for giving these patients saline solution instead of the vaccine, the Channel News Asia reported , citing the council.

Dr Quah is also accused of being involved in the creation of a fake patient account and uploading a false COVID-19 antigen rapid test (ART) result to MOH's portal for an unvaccinated patient.

He allegedly issued the patient with a letter so the patient could be exempted from vaccination-differentiated safe management measures, said SMC.

The doctor is also accused of facilitating the uploading of pre-event testing (PET) results, obtained through remote PET that was "not conducted in a manner in accordance" with the prevailing regulations, added the council.

"Dr Quah's actions carry public health consequences and show his failure to maintain the highest standards of moral integrity and intellectual honesty and to protect and promote the health of individuals and the community," said SMC.

Investigations are ongoing, said the council, adding that an independent complaints committee has been appointed to look into the case.

Separately, Healing the Divide founder Iris Koh faces two charges – one for conspiring with Quah and another for obstructing a police inspector by refusing to sign and tearing up a copy of her statement.

Dr Quah was arrested on January 21 along with his assistant, Thomas Chua, 40, and Iris Koh.

He was charged in court, before being granted bail of SGD20,000 on January 31.

Preliminary investigations by the police revealed that Koh, 46, had allegedly referred clients to Dr Quah and Chua.

According to court documents, Dr Quah and Mr Chua are said to have falsely represented to MOH that a woman named Mehrajunnisha was vaccinated with the Sinopharm vaccine, although she was not.

Four clinics owned or managed by Dr Quah were issued notices of suspension and had their approvals to conduct rapid tests for COVID-19 revoked, according to a report by The Straits Times.

Following his arrest, Dr Quah was also suspended from his part-time position as a laboratory director at the clinical diagnostics lab of Diagnostics Development Hub, which is funded by the National Research Foundation and led by the Agency for Science, Technology and Research.

He was also placed on leave by Thermo Fisher Scientific, which owns biomedical company PPD Global Central Lab, where Dr Quah was listed as a director, reported The Straits Times.

There were four fatalities, taking the number of deaths from coronavirus complications to 1,254.

Singapore has recorded 10,76,930 COVID-19 cases since the start of the pandemic.