Dutch Tourist Arrested for Giving The Nazi Salute in Auschwitz-Birkenau

A 29 year old Dutch tourist has been detained in Poland for giving the Nazi salute at the site of the former Auschwitz-Birkenau death camp, according to local police. 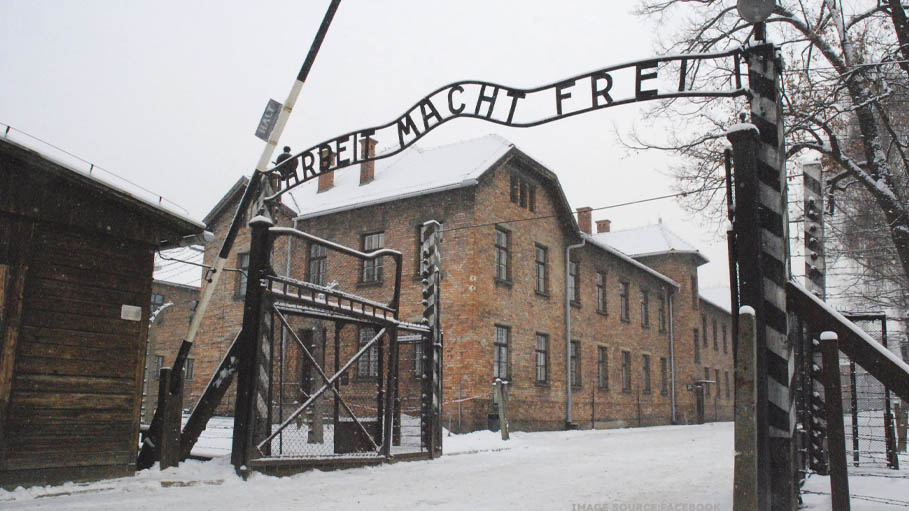 A 29 year old Dutch tourist has been detained in Poland for giving the Nazi salute at the site of the former Auschwitz-Birkenau death camp, according to local police.

The 29-year-old woman made the gesture in front of the Arbeit Macht Frei (Work Sets You Free) gate while her husband was clicking her photograph.

The woman has not been named. She was charged of engaging in Nazi Propaganda.

Poland’s PAP agency reported that the lady admitted that her act was a bad joke and agreed to pay the fine.

The act of promoting the Nazi Propoganda can carry upto two years in prison.

Two Turkish students were fined, imprisoned for six months and suspended for three years for giving a similar Nazi Salute in 2013.

At the beginning of World War II in 1939, Nazi Germany began occupying Poland. The Auschwitz death complex in occupied Poland (in a portion annexed into Germany in 1939) was operated by Nazi Germany that consisted of Auschwitz I, Auschwitz II Berkenau concentration camp with gas chambers and Auschitz III Monowitz camps.

At least 1.1 million were murdered in these death camps. 1 million were Jews. Many of the victims died due to starvation, excess work, killed in gas chambers or used for medical experiments.

Six million Jewish people died in the Holocaust — the Nazi campaign to eradicate Europe's Jewish population. Auschwitz was at the centre of that genocide.