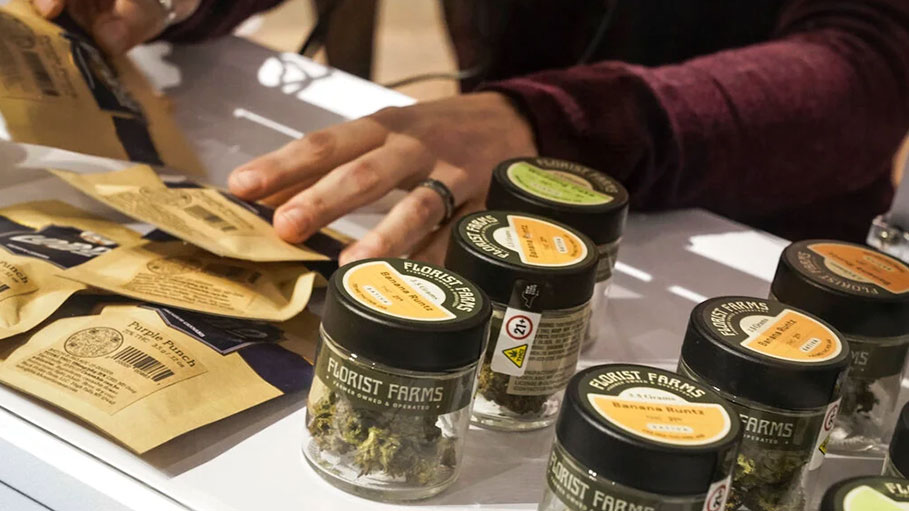 Hochul said in a statement that she expects New York to serve "as a national model for the safe, equitable and inclusive industry we are now building."

Housing Works was among the first of 36 groups or individuals granted a retail marijuana license on November 21.

The stated goal of New York is to grant the first 150 licenses to traders convicted in the past for possession or sale of cannabis.

The goal is to repair what Hochul described as the unfair and disproportionate impact of decades of prohibition of marijuana, which has affected African American and Hispanic communities.

Tax revenues from the marijuana dispensaries will "be invested in communities across the state to support public schools, addiction services, mental health services, housing and other community-based programs," her statement said.

The Housing Works Cannabis Co. dispensary is at a prime location -- on Broadway Avenue just north of Astor Place.

Inside the shop, speaking to reporters, New York state senator Liz Krueger said she expects the ramp up of legal marijuana dispensaries will help "those most impacted by the failed cannabis criminalization policies of the past."

Even hard-line Mayor Eric Adams, a former police officer, nodded toward the economic benefit of the dispensaries, saying the "legal cannabis market could be a real boon to New York's economic recovery... through increased tax revenues."

In a festive atmosphere at the shop, Housing Works founder Charles King said he was "eager to reinvest the profits to provide essential services to tens of thousands of New Yorkers who need it."

Manhattan borough president Mark Levine came to the opening and made a point of buying cannabis products -- including jelly beans.

For more than a year, it has been legal for adults over 21 to consume cannabis in the state of New York and in its flagship city the smell of weed fills the streets of Manhattan and Brooklyn.