Flowers Left for Queen to be Composted, Re-Used in Parks

The sea of floral tributes left in London's parks for Queen Elizabeth II will be composted and re-used on planting projects, the city's Royal Parks said Tuesday. 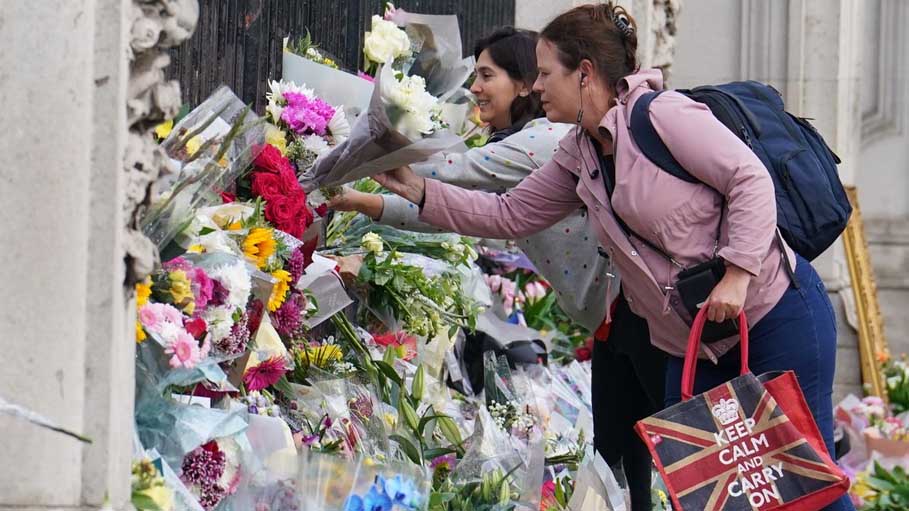 London: The sea of floral tributes left in London's parks for Queen Elizabeth II will be composted and re-used on planting projects, the city's Royal Parks said Tuesday.

A huge volume of flowers have been left in parks across London following the death of Britain's longest-serving monarch, who was laid to rest on Monday.

Work to remove the bunches of flowers will begin next Monday, a week after the state funeral for the late sovereign, who died on September 8 aged 96 after 70 years on the throne.

Well-wishers will still be able to leave tributes but bunches of flowers which have already deteriorated will be taken away.

The Royal Parks include well-known London green spaces such as Hyde Park, Kensington Gardens and Green Park, which is the scene of the main floral tribute site.

The compost will be used on landscaping projects and shrubberies across the parks.

"Our priority at the moment is to manage the huge volume of flowers and tributes that are being left in the Green Park Floral Tribute Garden," a Royal Parks spokesperson said.

"We will store any teddies and artefacts that have been left and will work closely with our partners to agree what we do with them over the next few months with discretion and sensitivity."