The builder of the hydrogen-powered train, Alstom claims the technology is a quieter and greener alternative to diesel trains, which is also a good prospect for German cities which are trying various measures to fight air pollution. 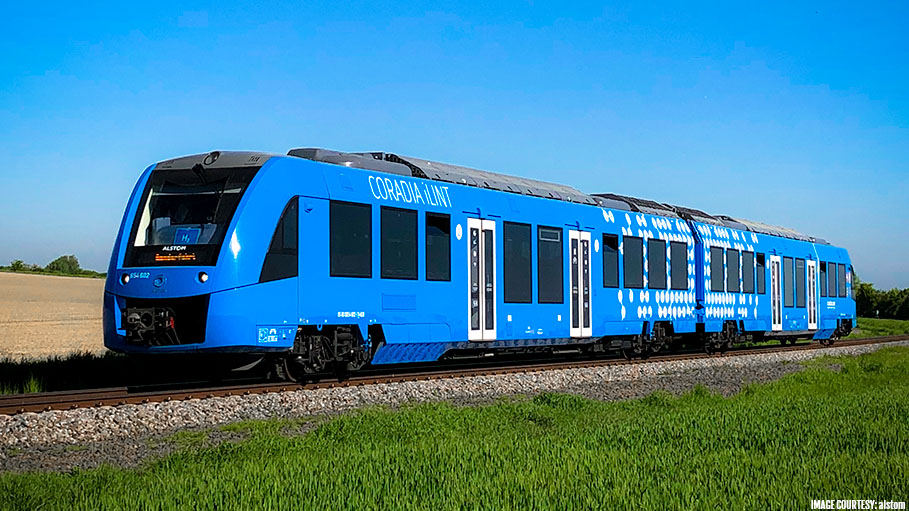 Germany has launched the world’s first hydrogen-powered train, at the same time it has thrown a challenge to the conventional train service which is run on diesel, steam and electric engines. The hydrogen-powered train no doubt costlier, but it is noise-free and built with more eco-friendly technologies.

Coradia iLint is built in the city of Salzgitter in Germany. Thus it is for the first time in the world that commercial trains are powered by hydrogen-based cells that have gone for the use public.

Built by one of Europe’s largest railway manufacturers, French builders Alstom, the two bright blue Coradia iLint trains gave their first trial run for a 100km route between the towns and cities of Cuxhaven, Bremerhaven, Bremervoerde and Buxtehude in the northern part of Germany, the route is normally covered by diesel trains.

The trains can be refueled at the mobile hydrogen filling station near the Bremervoerde station, where the unveiling ceremony of the first service was also held. During the ceremony, Alstom CEO, Henro Poupart- Lafarge said, “The world’s first hydrogen train is entering into commercial service and is ready for serial production”.

Alstom is planning to deliver another 14 such trains with the zero emissions to Lower Saxony state by the middle of 2021, followed by other German states that also have expressed the interest in having the hydrogen train.

The Hydrogen trains are equipped with the fuel cells that produce electricity with a combination of hydrogen and oxygen and in the process, it leaves steam and water as the only emissions. Excess energy produced is stored in batteries, which is fixed with the train.

In a single tank of hydrogen, the Coradia iLint trains can run for 1,000km, similar to the range of diesel trains but the difference is an eco-friendly way.

Stefan Schrank, the project’s manager said, “buying a hydrogen train is somewhat more expensive than a diesel train, but it is cheaper to run and is eco-friendly”.

The builder of the train, Alstom claims the technology is a quieter and greener alternative to diesel trains, which is also a good prospect for German cities which are trying various measures to fight air pollution.

According to Alstom, other countries that are also looking forward, to have the hydrogen trains include Britain, Netherlands, Denmark, Norway, Italy and Canada. The government of France has already said it wants its first hydrogen train on the railway tracks by 2022.