Sibling rivalry is going beyond childhood and the effects are seen in adults even. The experts believe there is something lacking on the parents’ part. 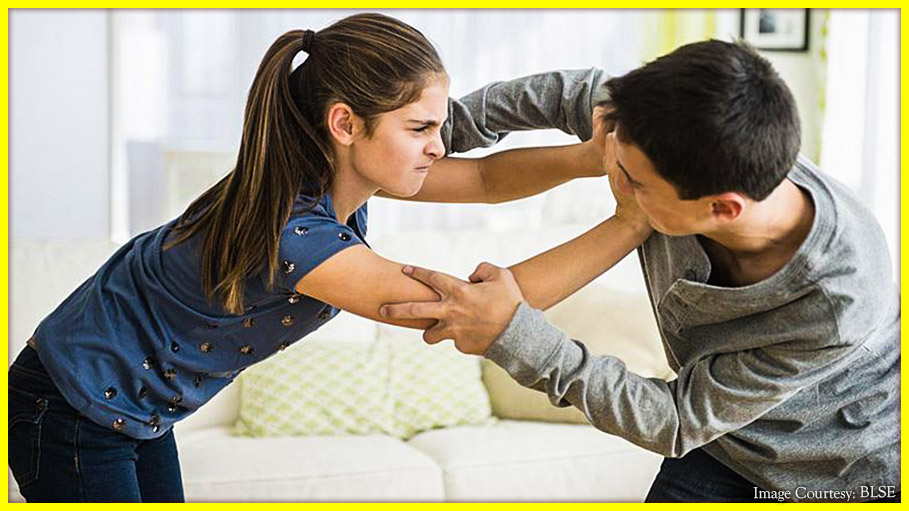 Sibling rivalry might sound cute and naughty for some, but the effects are sometimes worse than imagined. Studies have shown that the causes have its roots in several incidents of childhood and the results show up in the later stage where vengeance transforms into different unwanted incidents. The social and emotional development of an individual is highly affected by the relationship one sows in the childhood days with their sibling.

A professor of Illinois University says that the parents' influence is counted while taking into consideration the factors of child growth. In a study, it has been found that the sibling influence is equally important for a child’s emotional growth just as the parents’. The professor says that a child learns most of the formal behavior from parents that helps them to understand how they should act in a public place. From siblings, they take up certain mannerisms and here there is a tendency of the younger sibling to copy the elder one. The professor says in a statement, “A lot of current research looks at how children learn undesirable behaviors like smoking, drinking, and other delinquent acts, from exposure to an older sibling’s antisocial behaviors as well as that of their sibling’s friends.”

A tiff and or a naughty leg pulling is common between siblings. Sometimes, it becomes hard to differentiate when the siblings fight all day. Fighting over every small issue and doing the exact opposite of the other is seen between siblings. This cannot be generally classified as sibling rivalry. Notice how the siblings react in front of a third person. If a third person enters and throws up random fights with one of the siblings and the other instantly steps in between to be an ally with their own sibling then it’s definitely not the case of sibling rivalry. As per a report of the Journal of Interpersonal Violence around 50-80 % of the youth are facing sibling abuse and that includes sexual abuse also.

Studies have shown that a teen who has seen an elder sister being a teenage mother has chances of getting pregnant in the teen as well. So, parents should take care that the positive influences are maximized and thereafter both the siblings can grow with a sound mind. But there are various variables like age, gender or some complexities that become a barrier in the positive influence. As per experts, in dysfunctional families the possibilities of sibling rivalry is maximum.

In a case narrated by a counseling professional, it was found that the rivalry continued till they became adults. In the mentioned case, one of the sisters made her mother change the inheritance, depriving the other. The counselor revealed that the sister who was deprived was sobbing uncontrollably not because of the loss of money but she was crying out of shock. She couldn’t imagine that something as such could be done by her sister. Here, it was very clear that the sibling who was suffering from the loss was completely unaware of the suppressed vengeance of the other sister because as per her confessions she did not have any such rivalry that could bring this situation. In this case, the parents were busy in their work all throughout the childhood and as per the recorded versions, both the sisters were neglected by their parents. The elder sister had somehow taken up some parental responsibilities but was not close as such. The younger sibling’s such a step was thus a shock to the elder one.

The role of the dysfunctional family

The family has an integral role to play when it comes to the worst consequences of sibling rivalry. The parents fighting and being abusive at each other terrifies children and they are unable to create a cordial bond as they have never seen so between the parents. In such cases, both the siblings gather negative energy and they are unable to mingle. In case, the parents take out time to express their love for children, there begins a competition among both the siblings around the fact who will get that spare time they are getting from their parents. They just struggle with each other to fulfil the emotional deficiencies. Study says it is difficult even for an adult to accept the fact that their parents do not have adequate love to give. On the contrary, it is easy for them to believe that the love is being taken away through 'sharing' by the other sibling and that is the source of rivalry. Even if one of the siblings is not being a part of this rivalry, he/she automatically starts being in the rivalry when the other starts it.

Favourism of parents is another factor that leads to sibling rivalry. Studies show that parents often move away from their role and tend to play the role of an individual. Each individual has his or her own favorites but being parents and having favorites can be dangerous for the children. The one that is favored might get “spoilt” and the other will beaver the pain of being deprived.

Some of the symptoms that you might notice in your child

Studies say that in most cases the situation is simply ignored by parents as they think it is natural for siblings to be like that. But if you find one of your children is having a low self-esteem, having eating disorders or facing trouble in talking about his/her problems then you must do a proper counseling of your child if you want to avoid the long term effects. If one of your children is always being fiercely competitive with the other sibling, motivate him/her to join any sports that will bring in the sportsmanship and your child will learn to take defeats and try harder rather than being jealous of their sibling. Identify the fine line between rivalry and abuse and take the proper measures on time.