The participation of the Indian Air Force in such multinational air exercise assumes strategic importance in view of its continued engagement with friendly foreign countries. 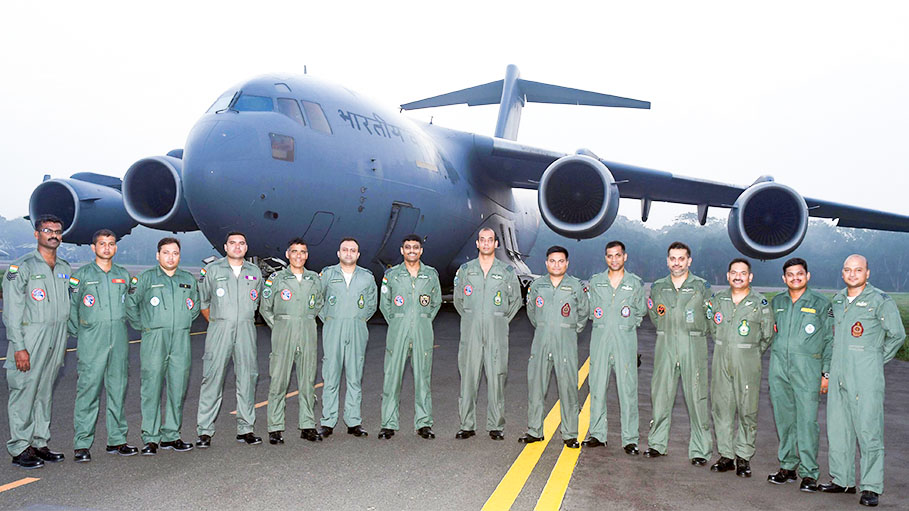 The fighters are supported by one C-130J Super Hercules that also departed from Kalaikunda on 18 Jul and one C-17 Globe master-III that departed just ahead of the fighters on 19th July. Flying for about six hours, during which the IL-78 mid-air refuelers refueled the fighters, the aircraft made a technical halt at Surabaya in Indonesia, from where they proceeded further on to Australia. On the return journey to India after the exercise, the Su-30 MKI will be refueled in the air for the first time by RAAF KC-30A, while flying from Darwin to Sabang in Indonesia.

This is for the first time that the Indian Air Force is participating in this international Air Force exercise. The Indian Air Force contingent is led by Group Captain CUV Rao, which consists of 145 air-warriors including a team of the Garud commandos. The Air Officer Commanding-in-Chief of Eastern Air Command, Air Marshal Anil Khosla, was present at Kalaikunda to interact with all the participating air warriors before their departure. Emphasizing on the importance of the assignment and importance of the mission in the three-week-long exercise, he urged all the participants to be the ambassadors of the country and always display the highest degree of professionalism and demeanor.

Exercise Pitch Black 2018 is starting on 24rth July and the exercise will go on till 18th August 2018. It is also a biennial multinational large air force employment exercise, which is conducted from RAAF bases in Darwin and Tindal.

The participation of the Indian Air Force in such multinational air exercise assumes strategic importance in view of its continued engagement with friendly foreign countries, in which they get acquainted with each other's traits and for the last 10 years the Indian Air Force has been participating in such operational exercises, which are hosted by various countries across the world, where collaborative engagements are undertaken with the best air forces in the world.

During the Exercise Pitch Black in Australia, Indian Air Force contingent will also get the opportunity to engage in constructive exercise with their Indonesian and Malaysian counterparts.