IndiGo Probing into Its Turbine Failure Episodes This Year 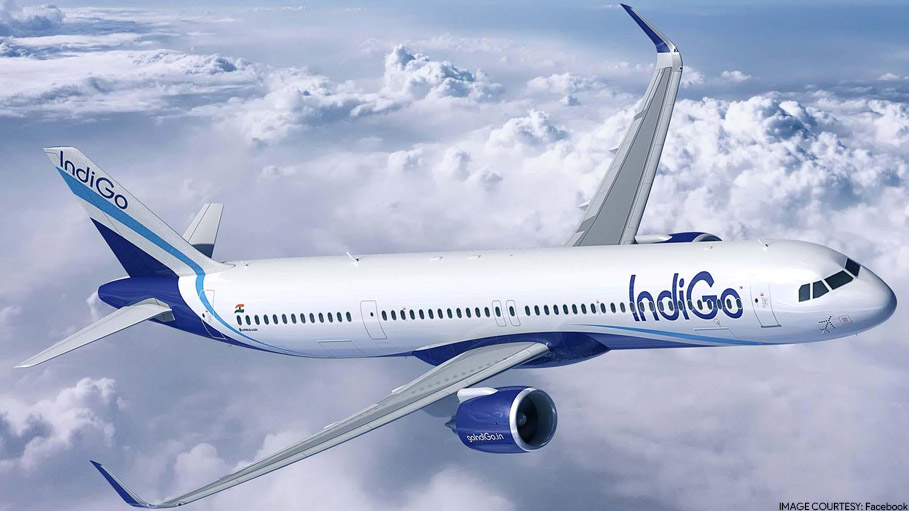 IndiGo and Go Airlines India use the same type of engine made by Pratt & Whitney that's susceptible to mid-flight shutdowns. Yet IndiGo, one of Airbus's biggest customers, is the only one to encounter turbine failures this year, drawing heavy scrutiny from the aviation regulator.

The reason could be linked to how the budget airline flies. India's Directorate General of Civil Aviation told IndiGo's operator, InterGlobe Aviation Ltd., that its practice of revving A320neo jets at full thrust right after takeoff could wear down the engines, people familiar with the matter said. By contrast, Go Air - India's fourth-largest carrier by market share - typically uses a so-called alt-climb approach that applies less thrust, the people said, asking not to be identified discussing a private matter.

Climbing at full thrust can help planes burn less fuel, two of the people said. IndiGo has suffered 13 engine shutdowns related to low-pressure turbines during climbs this year, according to one of the people who was directly involved in an investigation where the DGCA ran a comparative analysis on how both airlines operate.

The issue has been costly. The DGCA this week said every time a new plane joins IndiGo's fleet, it must ground one A320neo that hasn't had its engines fixed. That essentially prevents Asia's biggest budget airline by market value from adding new flights until the issue is addressed. IndiGo has 730 of the latest model on order - making it the world's top A320neo customer - and wants to expand its network beyond cities such as Istanbul to destinations including London.

Pratt, a unit of United Technologies Corp., invested $10 billion to develop its fuel-efficient geared-turbofan engine for single-aisle jets like the A320neo, but it's suffered repeated setbacks since its commercial introduction in 2016, including a cooling problem, durability issues and delivery delays. IndiGo shifted away from the engines in June with a $20 billion order to CFM International, a joint venture between General Electric and France's Safran, although those deliveries have yet to start.

An IndiGo spokeswoman said the matter is "strictly between the airline and the concerned authorities." The U.S. Federal Aviation Administration hasn't established any connection between the climb procedure and engine problems, she wrote in a text message, adding that the safety of passengers, crew and aircraft remains the utmost priority.

An Airbus spokesman said the planes are designed to handle full thrust, but it is "established best practice" for pilots to lower the thrust while climbing to reduce stress on the engine.

IndiGo has a lot of aircraft operating in an "aggressive environment" and flies them "hard" with a high number of hours, Michael Schreyoegg, chief program officer at Germany's MTU Aero Engines, a partner with Pratt on the GTF, said Wednesday at an investor event in Langenhagen near Hanover. His comment was in response to a question about why IndiGo keeps having engine issues while others don't.

Pratt is was working with airlines to incorporate upgrades in the low pressure turbine "to address a known issue," the company said in a statement via text message, adding that the upgrades are already certified and incorporated into new engines, and during planned maintenance visits. A representative for the aviation ministry, which oversees the DGCA, referred queries to the regulator, saying it was a "technical" question. A Go Air spokesman didn't immediately respond to requests for comment.

India originally asked IndiGo to replace all its faulty engines by Jan. 31, but the DGCA said Monday that the airline's efforts to meet the deadline didn't "instill enough confidence." In a meeting with the regulator Monday, IndiGo offered to replace all unmodified engines by January 2021, but the request was denied, one of the people said, adding that the initial deadline remains.

IndiGo still needs to replace 110 engines out of 196 that were affected, Civil Aviation Minister Hardeep Singh Puri said Wednesday. He said Go Air hasn't had the problems IndiGo encountered on its A320neo jets, without providing a reason. After the DGCA informed IndiGo of its findings, the company started taking steps to employ a climbing procedure similar to Go Air, the people said.

Given the number of replacements required and Airbus delivery delays, IndiGo may not be able to update all the engines by the fiscal year ending in March, according to Motilal Oswal Financial Services Ltd. In a note Tuesday, the brokerage cut its capacity growth estimate for IndiGo to 14% from 25% this year, and to 6% from 10% for next year.