Sachin Tendulkar chose to share this special moment with his followers on Twitter. He doesn’t do this often and this only goes to prove his immense love and admiration for the British singer, songwriter and guitarist. 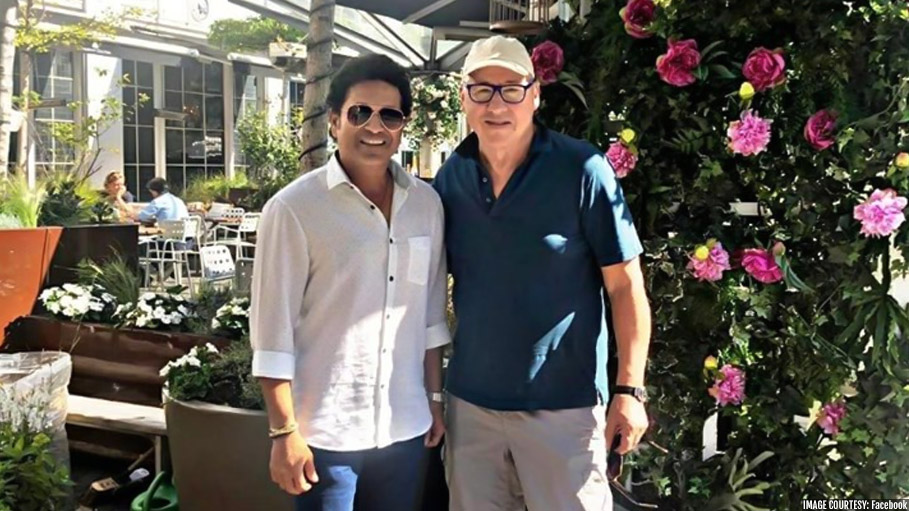 It was a pleasure to capture two legends from entirely two different fields coming together for a meet. We are talking about none other than ‘Master Blaster’- Sachin Tendulkar and ‘The Sultan of Swing’- Mark Knopfler.

Sachin Tendulkar chose to share this special moment with his followers on Twitter. He doesn’t do this often and this only goes to prove his immense love and admiration for the British singer, songwriter and guitarist.

He posted a photograph of both of them standing together and he wrote, “It was, as always, such a joy to meet @MarkKnopfler for breakfast and chat about music, sports and life! A great musician, human being and truly the Sultan of Swing.”

Check out the iconic picture here:

The legends spoke about music, sports and life above all. It was quite evident that the two of them enjoyed some great company over breakfast amidst the luscious and green ambiance. The photograph says it all.

Recently Sachin Tendulkar was inducted into the Hall of Fame on July 18 by the International Cricket Council (ICC) for his long and immense contribution to the world of cricket.

The cricketer also made his debut as a commentator at the Lords during the World Cup 2019 where England bagged the world title.

Coming to Mark Knopfler’s achievements, the fingerstyle guitarist was ranked 27th on Rolling Stone’s list of 100 Greatest Guitarists of All Time.  Ironically Mark is left-handed however he plays the guitar right-handed.

Can you name the track in this video? pic.twitter.com/sO2edzobFt

It was in 1977 that the four-time Grammy winner created the band ‘Dire Straits’ along with his brother David Knopfler and captivated masses worldwide with their enchanting music. It was no turning back for this group as they released successful tracks one after the other and achieved “global fame” in the 1980s.

Even after the band broke up Mark Knopfler carved a niche in singing solo but never spoke about the band reuniting.

Even to this day Dire Straits’ fans still get nostalgic listening to some of the group’s famous tracks like ‘Sultans of Swing’, ‘Brothers in Arms’, ‘Walk of Life’ and ‘Money for Nothing.’

This was the iconic picture of the day as not always do we get to see two of our favourite legends sharing the same space at the same time.