Lily had tickets for the concert unfortunately she couldn’t make it due to her chemo session. Like many instances previously, social media users decided to help the enthusiastic girl and cheer her up. 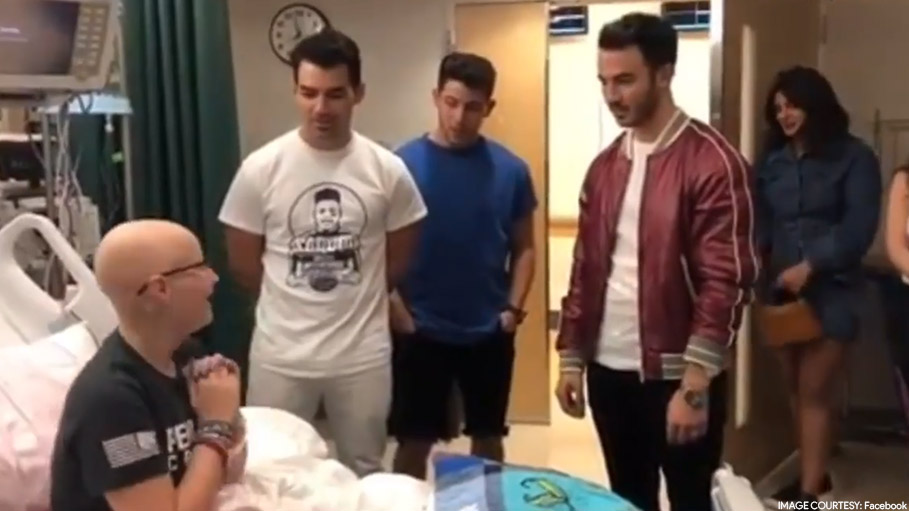 A young gal by the name of Lily Jordan, 16, was undergoing chemotherapy at a hospital and during this period she decided to use social media to cheer herself up.

She wrote a post addressing the ‘Jonas Brothers’: “I was supposed to be at your Hershey concert tomorrow but instead I'm across the street doing chemo. If y'all wanted to pop in I'll give you my room number.”

Lily had tickets for the concert unfortunately she couldn’t make it due to her chemo session. Like many instances previously, social media users decided to help the enthusiastic girl and cheer her up. Many of her friends and followers began sharing her post and tagging Jonas Brothers to get their attention. The post was shared so many times that the post went viral.

Even U.S. Congressman Scott Perry decided to butt in and share Lily’s post. He wrote on Facebook, “PRAYERS NEEDED! Our good friend Lily is fighting for her life in Hershey tonight, and so badly wanted to see the Jonas brothers tomorrow night at Hershey park, but can't because of her urgent treatment. If there is anyway for them to visit her, we are lifting up her hopes and our prayers for help.”

The message not only reached the group’s ears but they also reached Lily Jordan’s hospital just before their concert. Nick Jonas brought wifey Priyanka Chopra along. Lily was surprised to see the band members enter her room one by one where she was taking the treatment.

The boys spoke to the surprised fan for a long time. “Hi, good to see you” she said after meeting the group for the first time. Joe said, “We saw your message, we had to come over.” When Priyanka was introduced by Nick, Lily exclaimed, “OMG, hi…..you’re beautiful.” The boys clicked photographs and signed autographs too.

The Milton S. Hershey Medical Center captioned the video of Lily meeting the band members: “We’re a ‘Sucker’ for a great surprise!” The band members made sure that they made the day memorable for their loyal fan.

Lily Jordan then took to Instagram and shared her memorable moments with her friends and followers. After all, it was they who made her wish come true. It was also commendable of ‘Jonas Brothers’ to make special time to meet Lily Jordan amidst their busy concert schedule in Hershey, Pennsylvania.

Lily Jordan had a day full of lovely surprises. Thanks to the power of social media and the kindness of celebrities who make life tad brighter for young people like Lily Jordan who are battling serious health conditions.