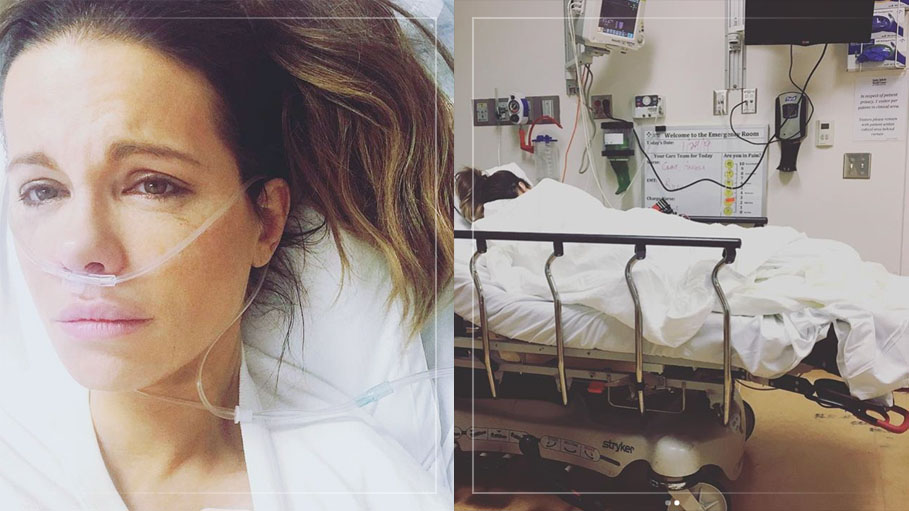 Kate Beckinsale has been in the news lately after she shared two photographs of herself in the hospital. The photographs are captivating as she appeared to be in deep pain in the first photograph that shows her lying on the bed with an oxygen tube in her nose. In the second photograph, she’s seen lying on her side covered in a white sheet with all the medical appliances surrounding her.

What are Ruptured Ovarian Cysts?

Speaking of Ruptured Ovarian Cysts, it is common for women to suffer from ovarian cysts and most of them are harmless. An ovarian cyst is a fluid-filled sac that can form on the ovary or inside an ovary and they can form for various reasons. Certain cysts that rupture may cause no symptoms at all while some of them may cause mild symptoms. The cysts that cause mild symptoms can be managed by specific medications.

Certain cysts that rupture can produce severe symptoms like extreme pain in the lower belly or even bleeding. These symptoms are not meant to be ignored and one should seek treatment immediately. To deal with the pain, the patient may need intravenous medicines. If there is an internal bleeding, one may need the blood to be replaced. Surgery is needed in rare scenarios.

According to Dr. Mary Jane Minkin, who is a clinical professor of obstetrics and gynaecology, ovarian cysts are caused by ovulation that is when an egg is released by an ovary. The release of the egg itself may cause a cyst. Dr.Minkin says that when fluid and blood from a ruptured cyst is released into the body it can cause a lot of pain as they act as irritants. According to womenshealth.gov. at least one cyst is developed in healthy premenopausal women every month however only 8% women that develop cysts require treatment.

Fellow celebrities were pretty amazed to see Beckinsale’s photos in the hospital and they sent her messages of love and support on her Instagram page. It was indeed empathetic to see the ‘Nurse from Pearl Harbor’ who took pains to serve others was going through a painful and an uncomfortable ordeal herself. Brave Beckinsale is now free but she wasted no time to thank the hospital staff and all her well-wishers. She wrote, “Turns out a ruptured ovarian cyst really hurts and morphine makes me cry, so thankful to everyone who looked after me #wobbly.” She also sent all her love to those women who’ve been through similar or worse experiences.