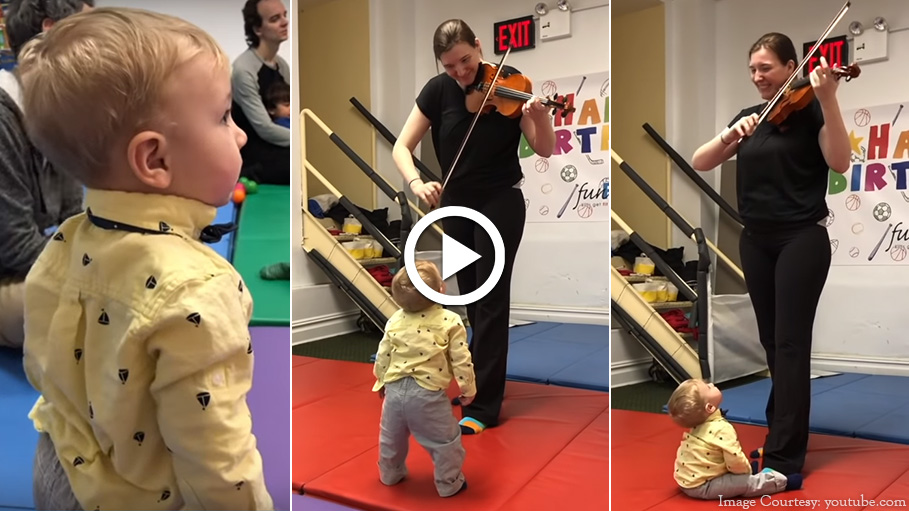 A video of a toddler totally impressed by the melodious sound of a violin played by his dearest mom has grabbed the attention of viewers online. The video was shared by the toddler’s mother Rachel Audrey on Twitter and the adorable video has received 3 million views. Though the video was originally shared on Twitter in the month of March, it caught the attention of viewers when it was shared again on Reddit recently where it was up-voted a thousand times.

Initially, the sound of the violin captures the attention of the 11-month-old toddler. The icing on the cake was that the melodious music was being created by his mother! He’s dumbstruck and then he decides to walk up to her. The cute toddler stares at his mom for quite a while and then decides to give her a tight hug. The toddler’s loveable actions prove that he’s proud of his mama’s musical talent. Rachel Audrey was playing a rendition of Elvis Presley’s popular track ‘Can't Help Falling in Love.’

Rachel captioned the video: “My baby's reaction to hearing a violin for the first time...”

Rachel who is a music teacher received a lot of comments on the video. Take a look.

Rachel Audrey appreciates all the love showered through the thread of kind comments towards her toddler. She has promised the commenters that she would surely give musical lessons to her adorable boy when he’s old enough to learn.