NASA said Thursday it aims to survey the crater formed when the remains of a SpaceX rocket are expected to crash into the Moon in early March, calling the event "an exciting research opportunity." 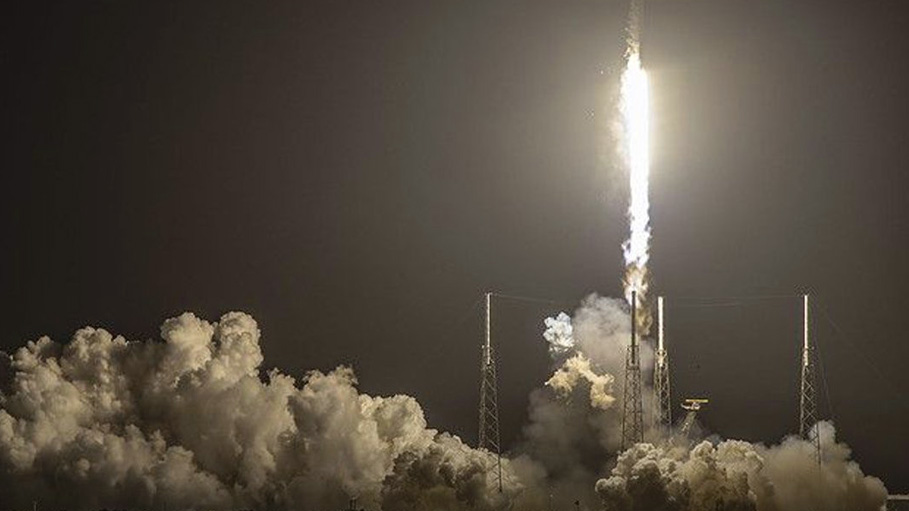 Washington: NASA said Thursday it aims to survey the crater formed when the remains of a SpaceX rocket are expected to crash into the Moon in early March, calling the event "an exciting research opportunity."

The rocket was deployed in 2015 to put a NASA satellite into orbit and its second stage, or booster, has been floating in the cosmos ever since, a common fate for such pieces of space technology.

"On its current trajectory, the second stage is expected to impact the far side of the Moon on March 4, 2022," a NASA spokeswoman told AFP.

The impact of the rocket chunk weighing four tons will not be visible from Earth in real time, nor will NASA's Lunar Reconnaissance Orbiter (LRO), which is currently orbiting the Moon, be in a "position to observe the impact as it happens," the spokeswoman said.

The LRO could be used later, however, to capture images for before-and-after comparisons.

Finding the crater "will be challenging and might take weeks to months," the spokeswoman said, adding that the "unique event presents an exciting research opportunity."

Studying a crater formed by a hurtling object with a known mass and speed (it will be traveling at 9,000 kilometers per hour), as well as the material that the impact stirs up, could help advance selenology, or the scientific study of the moon.

Spacecraft have been intentionally crashed into the Moon before for scientific purposes, such as during the Apollo missions to test seismometers, but this is the first unintended collision to be detected.

Astronomer Bill Gray, creator of a software used to determine the trajectories of asteroids and other objects, was the first to calculate the booster's new collision course with the Moon.

He believes that space junk should always be directed towards the moon when possible: "If it hits the moon, then we actually learn something from it," Gray said.