The video OTT market in India, which primarily comprises content streaming services, is expected to be ranked among the top 10 markets globally with a market size of $823 million, a study said. 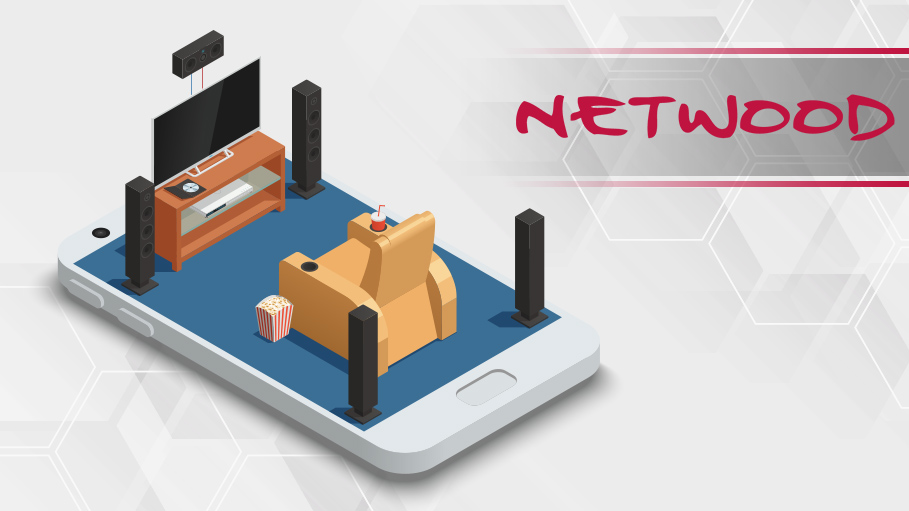 Buoyant over the prospects of the booming OTT market in India, which is set to grow at a rate of 22 per cent to reach Rs 12,000 crore in the next four-five years, Mumbai-headquartered Netwood Entertainment Industry Pvt Ltd, has now come up with its OTT platform, which is a video streaming and sharing content provider.

Quite significantly, the video OTT market in India, which primarily comprises content streaming services, is expected to be ranked among the top 10 markets globally with a market size of $823 million (nearly Rs 5,363 crore) by 2022, an ASSOCHAM-PwC joint study said.

Mind you that India’s homegrown Netwood is not only a talent aggregating and OTT platform, but it is a production house too. It will be producing original content that will be available all over the world on its Android, iOS, and Smart TV apps as well as on its website. Netwood content will be produced in English, Hindi and most of the major regional Indian languages including Gujrati, Telegu, Kannada,  Marathi, Malayalam, Tamil, Bengali, Bhojpuri, Punjabi, Oriya, Assamese, said Abhijeet Ganguly, managing director, Netwood Entertainment Industry Pvt Ltd. “Netwood.tv aims to explore the vast galaxy of artistic minds using this powerful medium of expression. The possibilities are enormous,” said Ganguly.

Significantly, according to a recent study by Deloitte, there are already 38 OTT services in India and the rate at which new players are springing up, the number could soon shoot up to 100. Even online retailer Flipkart, with no media and entertainment experience, plans to launch a video streaming platform.

Netwood, which has an ambitious plans of emerging as a readymade platform for young aspiring talent in almost all creative genres in the entertainment industry providing an opportunity to make it big in the entertainment world, has teamed up with internationally famed percussionist Bickram Ghosh, musicians-Dibyendu Mukherjee, Ujjaini Mukherjee, filmmakers Kamaleswar Mukherjee, Utsav Mukherjee, Aditi Roy, Subhrajit Mitra, actors Tanushree, Sudiptaa Chakraborty, Anindya Chatterjee and entertainment entrepreneur Arijit Dutta as mentors and juries.

With platforms like Netflix, Amazon Prime Video, Disney-owned Hotstar and Zee5 all eyeing a larger slice of the pie, the competition getting fiercer in the market.

But the good thing is that the data consumption in India has increased 32 times in the last five years to 9.06 GB. The KPMG Eros Now report says that Indians, on an average, spend 70 minutes a day per person on video platforms. That’s 8.2 hours per week on OTT platforms such as Netflix, Amazon Prime or Zee5. Over 85 per cent of Indians prefer to watch content in regional languages, said Ganguly of Netwood.