The Oscars were in desperate need of a ratings boost -- and, on a night when Will Smith stunned viewers by slapping Chris Rock on stage, some 15.36 million Americans tuned in. 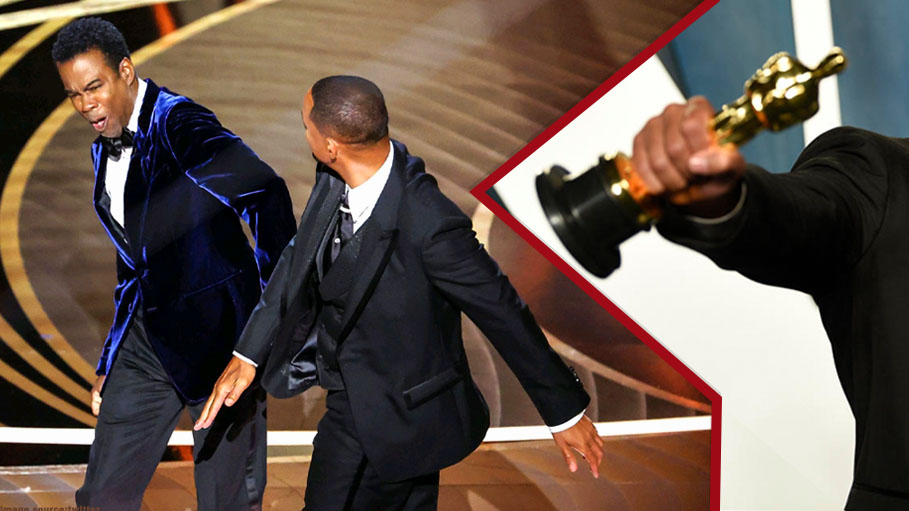 Los Angeles: The Oscars were in desperate need of a ratings boost -- and, on a night when Will Smith stunned viewers by slapping Chris Rock on stage, some 15.36 million Americans tuned in.

"That said, does it make more people talk about the Oscars in the Academy? For certain. I'm just not sure this is the way they want to be talked about."

The TV ratings recovery mirrors those of several other awards shows including television's Emmys in September and the recent Screen Actors Guild award ceremonies.

Many award shows were forced to stage virtual or low-key ceremonies in 2021 because of the pandemic, and drew unusually low audiences.

Oscars figures last year fell by around 50 percent from the previous ceremony's 23.6 million, which was already a record low, as award shows struggle to remain relevant in an era of social media and binge-watching on streaming networks.

Academy producers this year resorted to innovations such as pre-taping the announcements of winners in several less starry Oscars categories, and adding a "fan favorite" prize for a film voted by Twitter users.

Sunday night's show also ended with a historic win for "CODA," which featured a mainly deaf cast, and was the first best picture triumph for a streaming service.

But it was an unscripted and highly controversial moment that created the Oscars' talking point Sunday, as Smith strode onto the Oscars stage and slapped Rock for a joke comparing his wife Jada Pinkett Smith to the character "G.I. Jane."

Malkin said the planned changes to the schedule of the show ultimately "didn't turn the Academy Awards upside down and on its head."

"It's hard to even look at those changes now, with what happened after the awards," added Malkin, referring to the incident with Smith and Rock.

Official ratings will be released on Tuesday.

Is Andrew Garfield Back as Amazing Spider-Man 3?