The 94th Academy Awards' ceremony is being held at Los Angeles' Dolby Theatre. The ceremony, which used to usually be held in February-end or March-beginning, was delayed due to the pandemic. 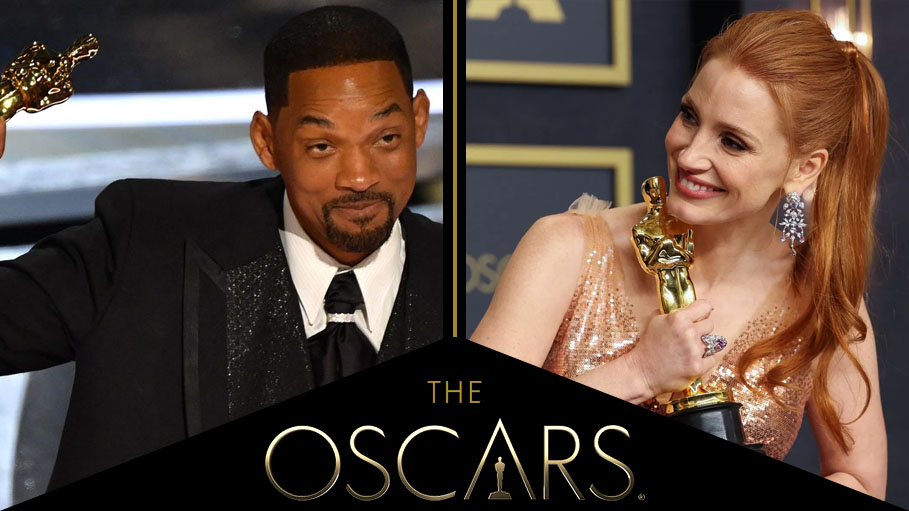 The 94th Academy Awards or as everyone calls them, the Oscars telecasted live on March 27. Meet the hosts Amy Schumer and Wanda Sykes in PJs.

Oscars 2022 for Best Actress in a Leading Role at the 94th Academy Awards went to Jessica Chastain (The Eyes of Tammy Faye). The other nominees in the category were-

Will Smith won Best Actor Oscars 2022 in a Leading Role for King Richard. The other actors nominated in this category were-

I can’t keep this video up due to rights or whatever but see if you can make out what happened pic.twitter.com/i23CnFsXUp

The ceremony got off to a straightforward start, but the tail end brought some of the epic drama in the Oscar's history. Will Smith appeared to strike Chris Rock on stage for his joke about Smith's wife Jada Pinkett Smith.

“CODA” made big on Sunday night, becoming the first film distributed by a streaming service to win best picture.

SEE ALSO:
Is Andrew Garfield Back as Amazing Spider-Man 3?