The historic victory also marked four other awards for the film, which has involved humor, suspense, anguish in the story, which is deeply rooted in the socioeconomic, divide between two families. 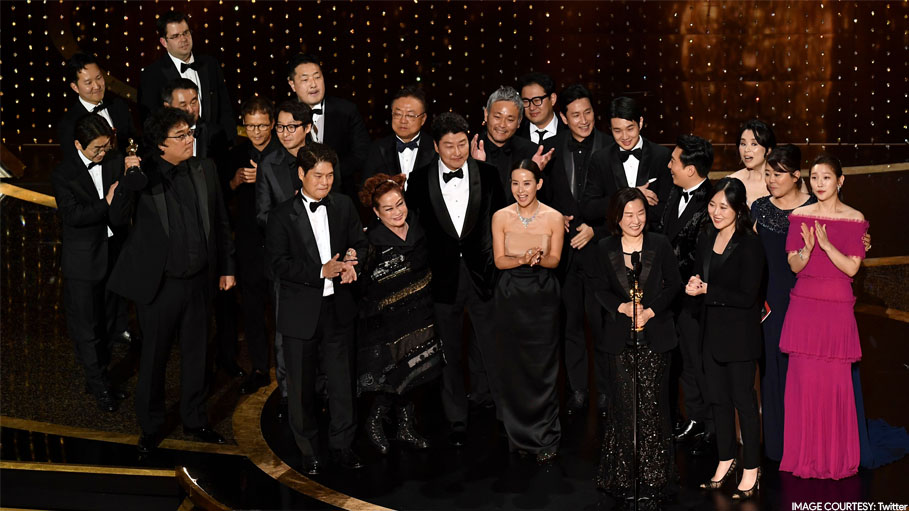 The historic victory also marked four other awards for the film, which has involved humor, suspense, anguish in the story, which is deeply rooted in the socioeconomic, divide between two families.

In the history of Oscar, it was for the first time that a film has been selected for the best picture. The film also won awards for best international feature film, best or original screenplay and best director award for filmmaker Bong Joon Ho. He accepted the award by thanking fellow nominees, which include Martin Scorsese and Quentin Tarantino.

The film won the best picture over strong contenders, mainly “1917,” which was a box-office hit with a string of conquests at the previous award shows. The World War I drama was directed by Sam Mendes, who also won three Oscars for sound mixing, cinematography and visual effects.

The film with the theme of class alienation helped “Parasite” to make it the highest-grossing foreign release in the US last year. It has full support from Hollywood, which embraced Bong as a filmmaker, who is working on the quality and treatment of the story, which is sensitive in every society.

Thus the wins for “Parasite” are also a promise for more inclusive Oscars that many critics of the Hollywood institution have called for time and again. In one of his acceptance speeches, Bong has also asked for a naming change by the Academy of Motion Picture from “foreign-language film” category to “international feature film.” Bong then said, “I applaud and support the direction that this new change symbolizes.”

This year the Oscar for lead actor went to Joaquin Phoenix, who played the role of a mentally ill man who spins into violence in the film “Joker.”

As Judy Garland in “Judy,” Renee Zellweger has also earned the Oscar for actress in a lead role, marking a career comeback 16 years after she won her first Oscar as the supporting actress in “Cold Mountain.”

The 92nd Academy Awards that kicked off on Sunday also brought an Oscar for Brad Pitt as the best-supporting actor award for his role in the film “Once Upon a Time in Hollywood.”

SEE ALSO:
Huawei Wins over Samsung in Lawsuit on Wireless Patent, but Its Partnership with AT&T Seems to Get Shattered - Impact on Smartphone Market