Further to providing value to its consumers, the company has launched upgraded variants with reduced sodium in its bestselling Lay’s flavors that are- Indian Magic Masala and Spanish Tomato Tango. 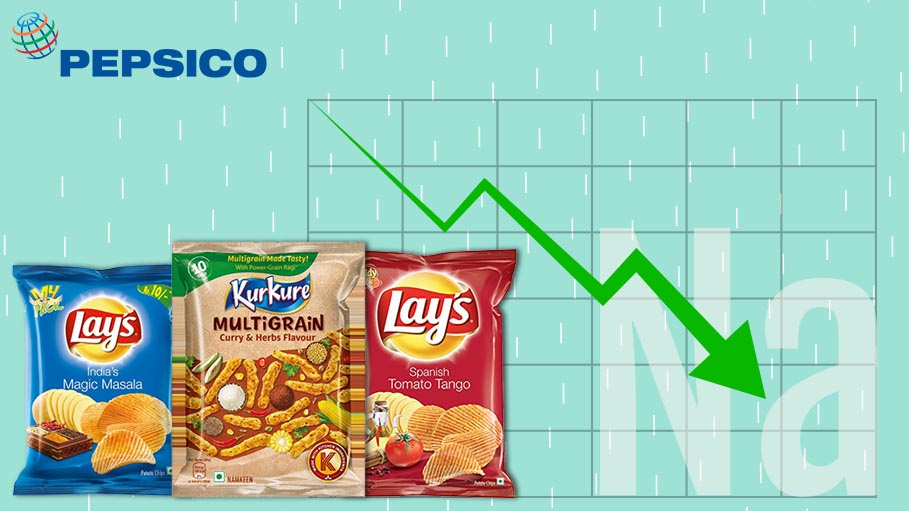 PepsiCo continues to transform its snacks portfolio, in line with its global sustainability agenda of ‘Performance with Purpose’. Committed to contributing to a greener India, the company has resized its packaging for its flagship snacks brands Lay’s and Kurkure to reduce its carbon footprint significantly.

Further to providing value to its consumers, the company has launched upgraded variants with reduced sodium in its bestselling Lay’s flavors that are- Indian Magic Masala and Spanish Tomato Tango. Adapting to changing consumers taste profiles, the new Lay’s ‘Indian Magic Masala’ and ‘Spanish Tomato Tango’ are now available in a better, enhanced mix of spices containing 13 percent to 15 percent lesser sodium respectively. This is over and above its recently rolled out Kurkure Multigrain with Power grain Ragi and 21 percent reduced sodium.

Talking about PepsiCo India’s portfolio transformation, Jagrut Kotecha, Vice President – Snacks Category, PepsiCo India Ltd, said that as a responsible Snacking company, PepsiCo India has made significant progress in transforming its snacks portfolio. The company has brought down 5 percent to 25 percent sodium across popular variants of its snacks flagship brands, Lay’s and Kurkure and the company now further aims at reducing sodium in 75 percent of our food’s portfolio by 2025, he said.

In line with its ‘Performance with Purpose’ goals 2025, the MNC major is working to reduce the impact of its packaging on the environment and increase recycling of plastic waste. The first step towards the actualization of this journey is the resizing of packaging of our brands Lay’s and Kurkure. This will significantly help the company in reducing its carbon footprint, thereby contributing towards a greener India, said Kotecha.