There’s good news for all Marilyn Monroe’s fans. According to The New York Post 175 items of late actress Marilyn Monroe will be up for auction. 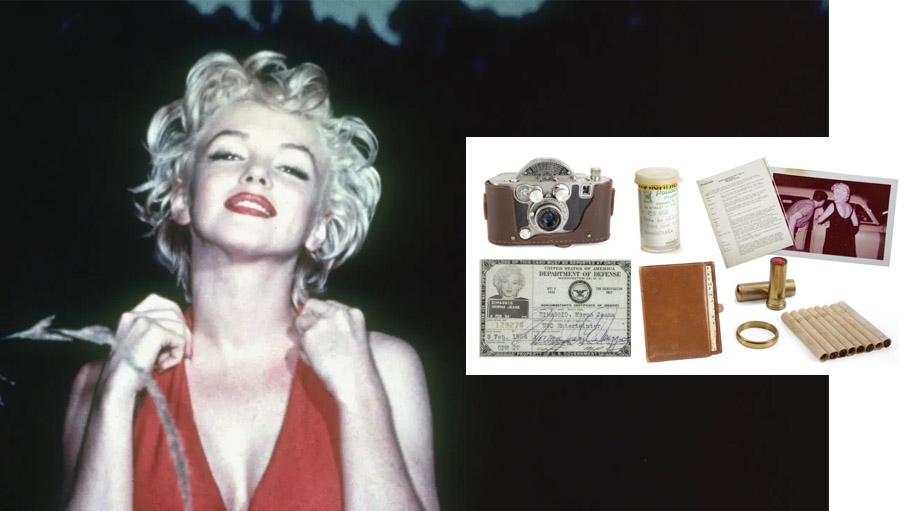 There’s good news for all Marilyn Monroe’s fans. According to The New York Post 175 items of late actress Marilyn Monroe will be up for auction.

A precious letter/card written by Marilyn’s biological father Stanley Gifford, to her, while she was in the hospital will be one among the auctioned items.

“This cheery little get-well note comes specially to say that lots of thoughts and wishes, too, are with you every day,” the note read.

This is the only documented evidence that shows Monroe was in contact with her biological father.

"I discovered the card purely by chance while I was preparing Marilyn's personal archives for auction at Julien's Auctions," said Scott Fortner – Marilyn Monroe’s historian and collector.

“This is the only known documented evidence of a relationship between Monroe and Gifford, which solves the mystery of whether or not she knew or had contact with her biological father.”

Some of the other products that will be sold in auction are Marilyn’s beauty products such as lipstick tubes, false eyelashes, eye shadows and some of the dresses that the enigmatic actress adorned. The dresses could go as much as $80,000.

Some of her notes, correspondence, photographs, personal check book, her last Screens Actors Guild membership card and a medical file related to her cosmetic surgery will also be auctioned.

‘Julien’s Auctions and TCM Present – Icons and Idols Hollywood’ will be held on December 17 and December 18 in person and online.