From a station singer to a Bollywood playback artist, Ranu Mandal’s journey is just like a fairytale. Watch her latest viral song video! 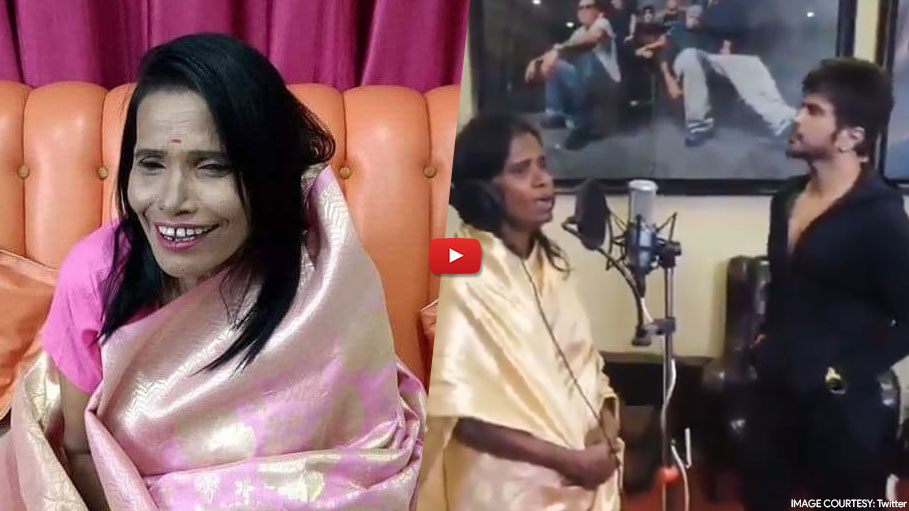 Singing sensation Ranu Mandal is breaking the social media once more, with her latest playback song!

Ms Mandal’s journey so far, seems to be coming out of a fairytale book, straight up! From a station singer to a Bollywood playback artist, the way her fate took a promising turn overnight, is truly extraordinary.

Ranu Mandal went viral when someone captured a video of her, singing Lata Mangeshkar’s evergreen track, ‘Ek pyar ka nagma hai’, on Ranaghat railway station in Bengal. The clip was an instant hit and all over social media.

This musical prodigy, since then has not only become a familiar face but her gifted voice has moved the nation’s most celebrated composers and singers. According to different sources, Ms Mandal has already recorded a duet with star singer Sonu Nigam. Currently, she is flooded with offers, made an appearance on a reality show and is being invited for online interviews.

Recently, Ranu Mandal’s song recording video with Himesh Reshammiya is a huge success all over the internet. The Bollywood singer-composer has signed Ms Mandal for his upcoming Bolly flick ‘Happy Hardy and Heer’.