Rivers around the world have been drying up recently. The Loire in France broke records in mid-August for its low water levels, while photos circulating online show the mighty Danube, Rhine, Yangtze and Colorado rivers all but reduced to trickles. 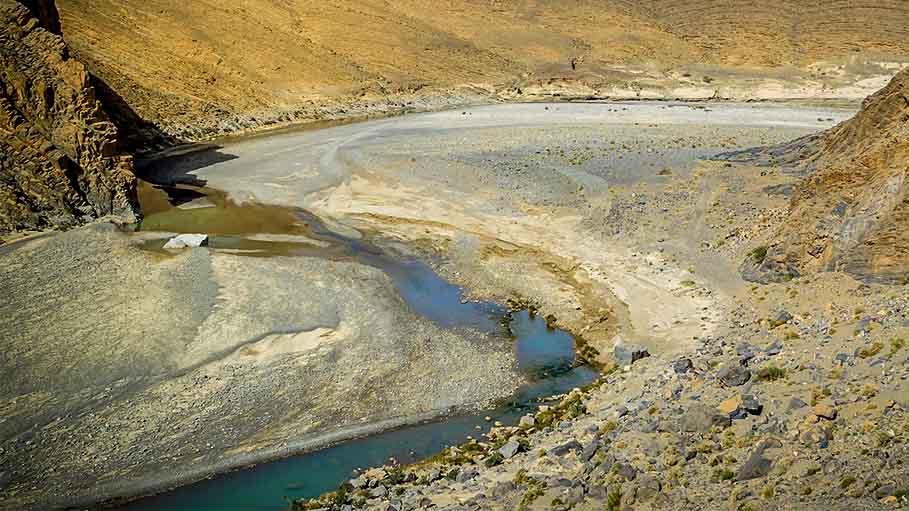 London: Rivers around the world have been drying up recently. The Loire in France broke records in mid-August for its low water levels, while photos circulating online show the mighty Danube, Rhine, Yangtze and Colorado rivers all but reduced to trickles.

It is not just rivers that are running low but the reservoirs they replenish, leading to water shortages in many parts of the world including the UK. Yet floods have wreaked havoc in many of these rivers in the last decade, in some cases only a few months before the recent drought. So what is happening to them?

Climate change has many guises. The Earth system is interdependent, so when something changes, it cascades to affect lots of other things. When atmospheric temperatures rise, weather patterns affect where, when, and how much rain will fall. Therefore, water distribution changes across regions, and the rivers adapt accordingly, which affects how much freshwater is available for people to drink.

Freshwater makes up a tiny fraction of all water on the planet, and much of it is locked away in ice. While this has been true for as long as humans have been around, climate change is altering where freshwater is found: such that, in general, places with plenty are getting more while places with little are getting less.

Differences in how water is distributed are increasingly stark, not just across regions but also over time. When a river's behaviour becomes more extreme, consistently breaking records for highest and lowest water levels, river scientists say it is becoming more “flashy”. Some desert rivers are very flashy and only flow at certain times of the year.

A river's flashiness reflects how much water is available, which depends on the climate. Though a river can have higher or lower flows for longer periods of time, it may still transport about the same volume of water over a year.

Management strategies are typically designed according to how a river has behaved in the past. But we must take account of the full extremities of how rivers can flow, because how it seems now is not how it has always been, and not how it always will be.

Rivers are wild watercourses that have shaped the land for billions of years, which is a lot longer than humans have been around. Rivers naturally morph as their environment changes, which includes the climate, rainfall, vegetation, sea level and many other things. Geologists can read clues of these changes from rocks and landscapes.

We tend to adapt rivers to us more than we adapt to them. Engineering measures limit their ability to make natural changes such as flooding or forging a new course. Urban rivers may be encased in concrete and their flow somewhat straightened, while drains in paved cityscapes rush water to rivers without it needing to drain slowly through soil.

Such human-engineered changes can make rivers flashier. If there is a drought, water leaves the land faster while if there is a lot of rain, it accumulates in one place more rapidly. As rivers respond to global change, we need to find ways to prioritise their natural coping strategies in how we manage them.

That could involve so-called slow-water strategies such as China's “sponge cities”: urban areas with abundant trees, ponds and parks to absorb water and alleviate droughts and floods.

There is a lot of work ahead of us to ensure that we cherish and manage a stable and safe supply of water from our increasingly unruly rivers. Respecting and working with nature can ensure enough clean water – not just for humans, but for all living creatures and the environment too.The Conversation

(This article is republished from The Conversation under a Creative Commons license. Read the original article.)