Significantly, ‘Superbugs: The Fight for Our Lives’ explores humanity's response to the unprecedented global threat of antibiotic resistance. Thanks to the support of Wellcome and the British Council in India. 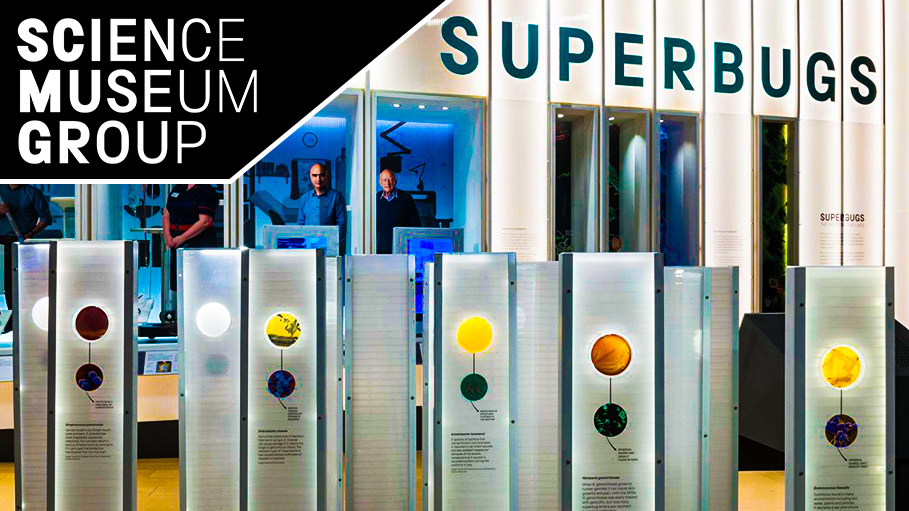 The Science Museum Group is taking its ‘Superbugs: The Fight for Our Lives’ exhibition on an international tour across India to help address the lack of public awareness and understanding of antibiotic resistance. In partnership with the National Council of Science Museums in India, new versions of the exhibition, specially developed for the country (India), will visit four venues and is expected to reach over one million people within one year. Ian Blatchford, Director of the Science Museum Group, said that thanks to the National Council of Science Museums in India, as well as the support of Wellcome and the British Council in India, our Superbugs exhibition will reach important new audiences and help address misconceptions about antibiotics and the enormous challenge of antibiotic resistance.

Antibiotic resistance is one of the most pressing issues facing the globe today and the expectation is that this is just the beginning of a worldwide exhibition tour that will engage people in many countries. Significantly, ‘Superbugs: The Fight for Our Lives’ explores humanity's response to the unprecedented global threat of antibiotic resistance. Thanks to the support of Wellcome and the British Council in India, a bespoke version of the exhibition will be created for India, as per inputs received from local curators, research facilities, universities and hospitals. The tour will be supported by a specially developed events programme, new educational resources and workshops.

Antimicrobial resistance (AMR) occurs when microbes, including bacteria, viruses, fungi and parasites, no longer respond to the drugs used to treat them, including antibiotics. Today these untreatable superbugs kill almost 700,000 people a year, and by 2050 this figure could rise to 10 million. Examining antibiotic resistance on a microscopic, human and global scale, this exhibition features remarkable scientific research from across the globe and reveals the personal stories of those waging war on superbugs.

The exhibition also prompts visitors to act on an individual level, with the fight again these superbugs requiring individual participation to help protect the future of human health. Arijit Dutta Choudhury, Director General of the National Council of Science Museums (NCSM), India said, “Superbugs: The Fight for Our Lives will be very relevant in India, where AMR poses a major risk to public health. Improving awareness and public understanding of AMR through effective communication, education and training is one of the key strategies for fighting the issue. The project will further strengthen the bond between the two leading Science Museums network in India & UK.”

According to Simon Chaplin, Director, Culture & Society at Wellcome, “At a time when more than 700,000 people die each year from drug-resistant infections and rising, it is vitally important to find new treatments, reduce unnecessary antibiotic use and engage the public with this complex issue. Wellcome is committed to tackling what has become one of the biggest global health challenges facing the world today, and so we are delighted to support the Superbugs exhibition and to see countries working together as it tours to India and China.”

Alan Gemmell OBE, Director – India, British Council said that scientific collaboration has been at the heart of the UK-India relationship and at the heart of its work in India. They are delighted to support the Science Museum’s India tour of Superbugs. They have been inspired by India every day of the last 70 years and they hope Superbugs will inspire young people across India to tackle one of the most critical challenges of our time, he said. Superbugs also tours to four venues in China in partnership with the Guandong Science Center in Guangzhou in 2019.