The Tweet by Kylie Jenner That Cost Snap Inc. $1 Billion 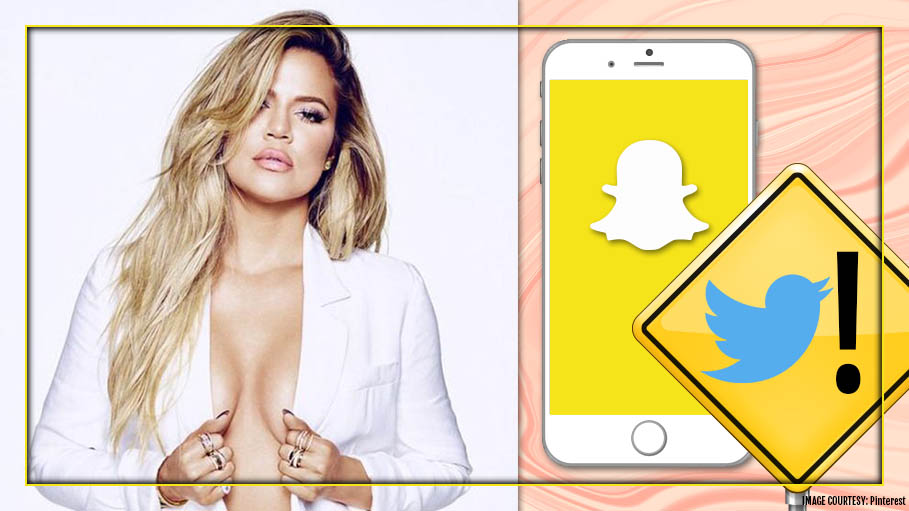 What’s worse than an embarrassing tweet? A tweet that’s expensive. Everyone remembers the story of the South African board executive that got fired after a racist joke she made on twitter? Well this story is slight different in that it affected an entire company instead of one person, but it all started with one tweet

Everybody knows Kylie Jenner by now? She’s the media mogul who's one of the most followed person on Instagram. Her engagement must have dropped after being one of the most followed people on the platform. She probably saw that a lot of people are using Instagram to access her content, but not a lot on Snapchat. She could have been sued for saying what she said but she apologized later on – and no harm no foul. However, the company lost $1.3 Billion in market cap.

That’s more than a billion dollars in value gone in thin air. Why? Because Snapchat has been struggling for quite some time now and investors took it as a sign to send Snapchat a message. They wanted to ruffle Evan’s feathers and not really do anything drastic like pull out. There are a lot of people invested in Snapchat and using it daily, as other prominent ones die out slowly.

What did she say?

Kylie Jenner single-handedly gained clout and infamy after that one tweet and it became an expensive lesson in keeping influencers happy – or else facing their wrath. People started flocking to Instagram and the rest is history as they say. Snapchat decided to mix things up a bit so that people view sponsored content more (classic social media mistake) and the result was mixed-reviews. People didn’t like the new update at all and they hated the fact that Snapchat made so many mistakes. Essentially, they were left back after Instagram copied Snapchat’s story feature, and they didn’t have any other reason to use the app.

By Friday morning of that week, her tweet was retweeted more than 61,000 times and liked by more than 319,000 users. It went viral for all the wrong reasons. What’s worse is that it put Snapchat on the backburner and brought attention to their lack of innovation and the fact that their competitors were out bidding them on all fronts. They didn’t want anything to do with Snapchat anymore and found the app to be a bit frivolous. Twitter, in exchange can still ouster the app, but faces its own issues with regards to retention and attracting new members to the app.

Her exact words were -”sooo does anyone else not open Snapchat anymore? Or is it just me... ugh this is so sad.”

She was obviously feeling the pain-point of decreased Snapchat engagement compared to the more popular app Instagram.

What’s even more interesting is that Snapchat users started to revolt after it launched its new update. They created a petition on Change.org that was signed by more than a million users. They hated it so much. They didn’t want the app to become a mainstream one and wanted to retain that indie-like feeling even after it went public. The redesign made it harder to use and the old awesome experience of using the cool app became a source for much corporate ire.

Evan even had to talk about it during a tech-conference and defended the update as well.

"The tech is an important piece, but I think the harder part you can't get around is the time it takes to learn. It'll take time for people to adjust, but for me using it for a couple of months I feel way more attached to the service."

Not living up to expectations

Snapchat went public a year back and hasn’t lived up to any expectations from investors and global technologists. They thought that every young person would install the app and take it to the next level, but that just hasn’t happened.

When Mark Zuckerberg doesn’t like you, he’ll make sure that you become redundant. He copied the idea of stories and put them on Facebook and Instagram. The feature is so popular than now even Google is using it on YouTube. This has become a key area of brands becoming me-too figure heads trying to cut out Snapchat by stealing their tech. Snapchat, in the meantime must relearn how to innovate.

Kylie then tweeted around 3 in the morning – “still love you tho snap ... my first love”.

However, it wasn’t enough, and the damage had been done. Everybody was using her tweet as a platform to voice their opinions and it wasn’t so much that Kylie was at fault, it was just that everyone felt that way about something so unique.

They can introduce new filters till the cows come home, but if they can’t launch a feature that gets them new users then they’re going to get outdated. It’s like when you’re using a calculator but now you can use a smartwatch to get the same functionality. Plus, you have a watch with it. You don’t need the calculator anymore. Those who still use Snapchat love the anonymity of the app, because you’re just sharing stuff with your friends. When Snapchat turned that into a PR focused exercise, it started to connect everyone to one app.

This made everything topsy-turvy and people got offended. They couldn’t express themselves effectively because Facebook and Instagram were the public platforms, and Snapchat was a private place. However, that may not be monetizable enough. Snapchat did a great job with publishers creating channels on their app, but it just couldn’t make it so that they could engage with the app better. They made it so that it became brand-savvy and marketable. That’s how all great apps die off.

Snapchat really needs to innovate if they are to stand on the shoulders of something innovative. They can’t run around following in everyone else footsteps but focus on preparing more innovation for their own selves. Be careful of what you tweet out and ensure that you have a strong strategy to counter any negative feedback.