Gatwick Airport’s Chief Operating Officer Chris Woodroofe said police had not yet found the drone operator, but the government and military had given him the permission to reopen the airport. 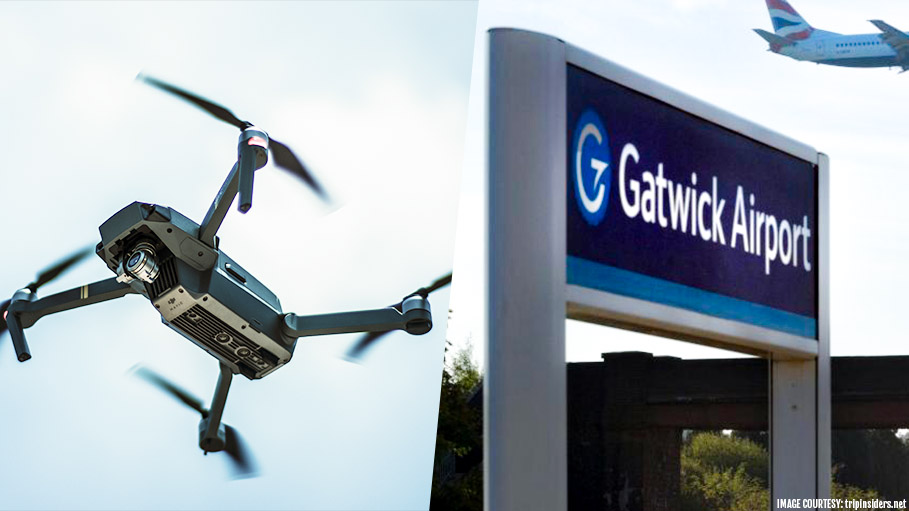 UK’s second busiest Gatwick Airport is full with thousands of weary passengers who are stranded in the airport for the second day, the Army has been called in order to deal with the unprecedented crisis caused by drones.

In the past two days, 120,000 people had cancelled their flights and according to Gatwick authorities 765 flights were scheduled for departure and arrival but had to cancel. Though British transport secretary Chris Grayling has clarified that they haven’t found any evidence of any terror-related activity and it is expected that the airport will be back to normal by the end of Saturday.

Gatwick Airport’s Chief Operating Officer Chris Woodroofe said police had not yet found the drone operator, but the government and military had given him the permission to reopen the airport. Woodroofe said, “We are now operating at almost normal runway conditions and the challenge for the airlines, as the result of this disruption, is that their planes are not all in the right place. So what we'll be doing today is recovering their operations so by Saturday we are back to standard operation and continue to recover the situation for our passengers”.

On the other hand Sussex Police, Assistant Chief Constable, Steve Berry has informed that “number of lines of inquiry into the very malicious and criminal behaviour is clear and it could have been the work of an environmental activist”.

Police are continuing with their search for those who are responsible for the chaos that began on Wednesday night. The airport could not operate as the drones were in flight, in that case, they can hit and damaged a plane. Though the police have so far failed to locate the specification of drones or their pilot and had been considering plans to shoot the device down if it resurfaces again.

Over 20 police units from two forces have been deployed in the search for the perpetrator, who once arrested could face up to five years in jail in the UK. As affecting the safety of an aircraft is a criminal offence and it is illegal to fly a drone within 1km of an airport or airfield boundary and flying above 400ft, which increases the risk of a collision with a manned aircraft.

The number of aircraft incidents involving drones has increased dramatically in the past few years, as the popularity of the devices has also increased.