Ukraine's Kherson to Be "Liberated" from Russia by September

A Ukrainian official said Sunday that the country's southern region of Kherson, which fell to Russian troops early in their February invasion, would be recaptured by Kyiv's forces by September. 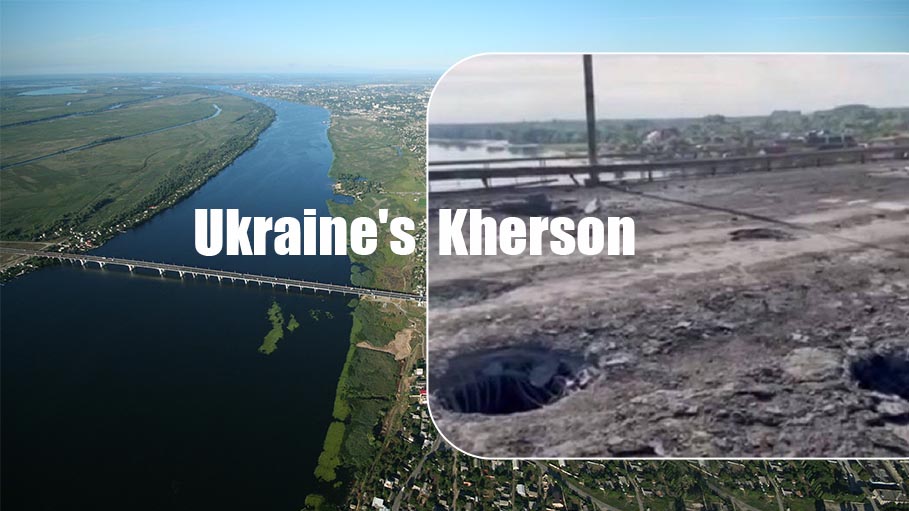 Kyiv: A Ukrainian official said Sunday that the country's southern region of Kherson, which fell to Russian troops early in their February invasion, would be recaptured by Kyiv's forces by September.

"We can say that the Kherson region will definitely be liberated by September, and all the occupiers' plans will fail," Sergiy Khlan, an aide to the head of Kherson region, said in an interview with Ukrainian television.

The Ukrainian army, emboldened by deliveries of Western-supplied long-range artillery have been clawing back territory in the southern Kherson region in recent weeks.

"We can say that a turning point has occurred on the battlefield. We see that the Armed Forces of Ukraine are prevailing in their most recent military operations," Khlan said.

"We see that our armed forces are advancing openly. We can say that we are switching from defensive to counteroffensive actions," he added.

He said that Ukrainian strikes on two key bridges in the region, as well as attacks on Russian arms depots and command posts were part of preparatory work for a ground offensive.

"Now the key issue is getting more precision artillery strikes on the frontline to knock out the orcs (Russians) from their current positions."

He added that Russian forces had not repaired the damaged Antonivka bridge and were experiencing difficulties as a result of moving heavy weapons towards Kherson city.

Russian forces seized the region's main city, also called Kherson, on March 3. It was the first major city to fall following the start of Moscow's military operation in Ukraine in late February.

The region, important for Ukrainian agriculture, lies next to the Crimean Peninsula, which Russia annexed in 2014.