The recent Netflix Original horror-thriller ‘Velvet Buzzsaw’ attempted to flourish on art world business, however, failed to leave a mark its despite impressive star cast and bloodshed. No spoiler guaranteed! 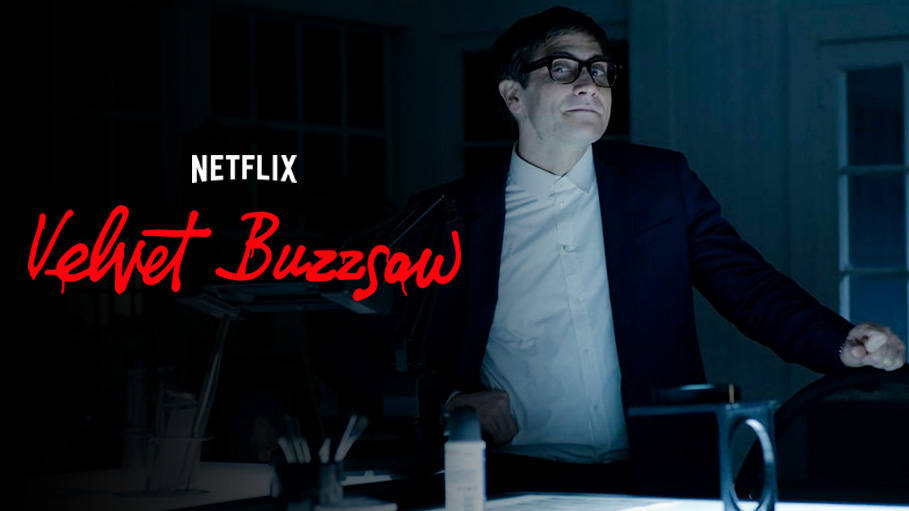 When Jake Gyllenhaal is working on a Dan Gilroy script, expectations surge! When the storyline has a horror connection and that too as a Netflix Original, one cannot be blamed for being hopeful. However, Velvet Buzzsaw turned out to be anything but a good horror film, becoming predictable in the second half. The sarcastic take on the Los Angeles art world is a tragic mess!

The trailer seemed promising, you can take a look at it!

What does a piece of art cost? An artist’s blood and sweat? Someone’s entire career? Pile of money or dead bodies? ‘Velvet Buzzsaw’ takes us through the underworld of Los Angeles where art and commerce collide devising a money-spinning industry. The major players of this industry being Morf Vandewalt(Jake Gyllenhaal) a dominant critic, Rhodora Haze(Rene Russo) a covetous art gallery owner, Gretchen(Toni Collette) a pretentious museum curator... the opening of the film seemed quite bright.

But all’s well that ends well! The second half of the film gets quite inevitable with one after another murders taking place. An ominous supernatural force from a dead artist’s paintings preys on the characters, and one as a viewer never really empathizes with their terrible fate as the film portrays most of its players as greedy, two-faced mercenaries. So who flatlines and who survives? I never meant breaking the plot here. You better help yourselves!

So, was the film overhyped? Well, to a certain extent. Director Dan Gilroy, who was much appreciated for his acclaimed ‘Nightcrawlers’, here missed the core zest that could have got the film going. The climax arrives while you are already quite bored waiting for it, and then somewhat like ‘Final Destination’ blood spatters. Jake Gyllenhaal’s portrayal of a bi-sexual, highbrow art critic whose comments are enough to make or break an artist’s career, was convincing.

‘Velvet Buzzsaw’ could have dug a bit deeper into the dead artist’s cursed pieces, the why’s and how’s, rather, the storyline gently strokes his disturbing past. As an audience, I definitely thought there was space for more.

A theory concluded, the sinister paintings were a reflection of the inner selves of the characters, and that is why they couldn’t stop looking at those. And going by that, it was their hypocrisy, superfluous snobbery, and deceitfulness, responsible for the massacre.

The film is very very less horror and more of a slasher mockery, with occasional thrills. The frames look great, vibrant, even the grotesque executions never lack the artistry.

Do share your views on ‘Velvet Buzzsaw’ in the comments section, eager to learn about your experiences.