There appears to be no significant structural damage to the adjacent buildings, officials had said earlier. 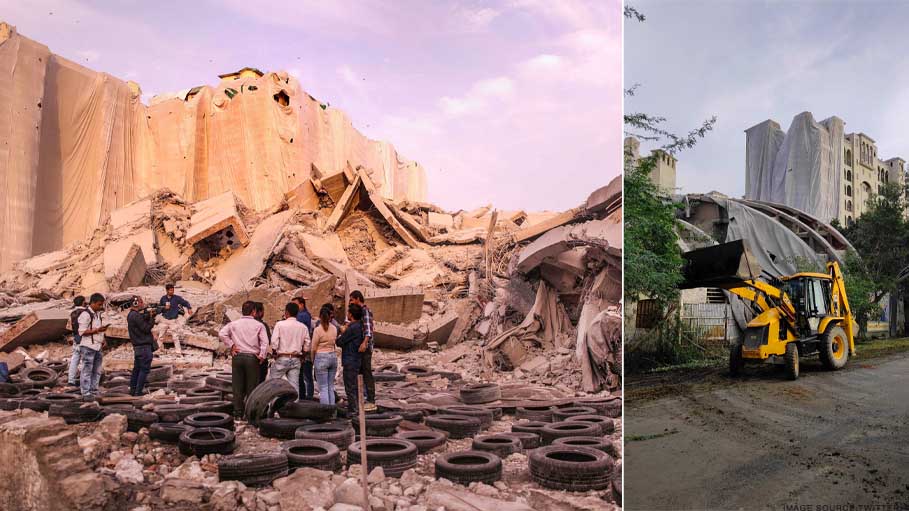 A Gas Authority of India Limited (GAIL) pipeline that goes through the now-demolished structures is safe, the officials said.

The remarks came after a preliminary analysis of structural damages shortly after the Supertech twin towers' demolition at 2.30 pm by a team of Edifice Engineering, Jet Demolitions, Central Building Research Institute and Noida Authority.

There appears to be no significant structural damage to the adjacent buildings, officials had said earlier.

"The GAIL pipeline is safe. Iron sheets measuring 5 by 5 metres were placed above the pipeline at two locations. Besides, several tyres were also placed on top of them to absorb debris shock," Kanungo said.

Mr Mehta had earlier said that his firm had got a ₹ 100 crore insurance done for any post-demolition damages.

"We have hired a contractor who would start replacing the cracked windowpanes of all apartments in the two societies after 6 pm," Mr Mehta said.