"Everything to date looks good from a vehicle perspective," said Jeff Spaulding, senior NASA test director for the landmark mission, called Artemis I. "We are excited, the vehicle is ready, it looks great." 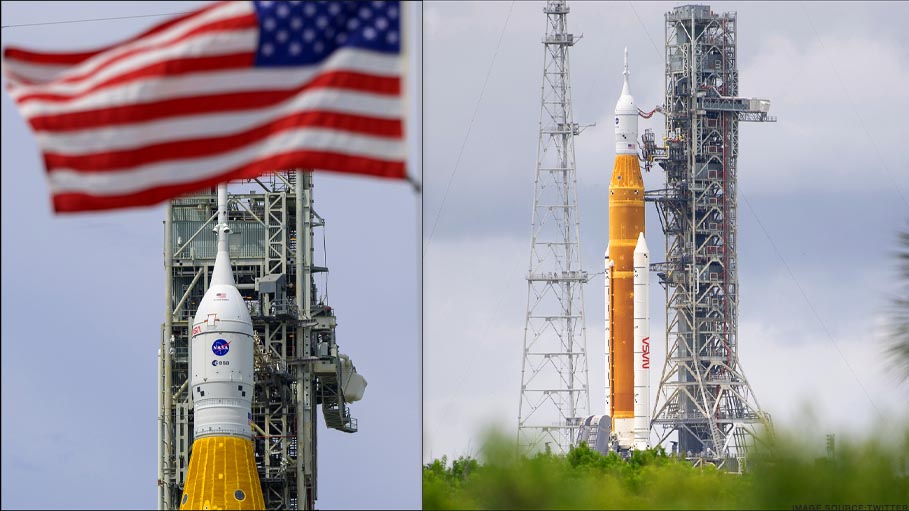 Florida: Launch teams at the Kennedy Space Center in Florida spent a final full day of preparations ahead of Monday's planned liftoff of NASA's giant next-generation rocket on its debut test flight, kicking off the agency's Artemis moon-to-Mars program 50 years after the end of the Apollo era.

NASA officials said on Sunday that all systems appeared "go" for liftoff, and weather forecasts called for an 80% chance of favorable conditions at the top of Monday's two-hour launch window, starting at 8:33 a.m. EDT (1233 GMT), diminishing to 60% toward the end of that period.

If the countdown clock is halted for any reason, NASA has set Sept. 2 and Sept. 5 as potential backup launch dates.

"Everything to date looks good from a vehicle perspective," said Jeff Spaulding, senior NASA test director for the landmark mission, called Artemis I. "We are excited, the vehicle is ready, it looks great."

Although lightning rods at the launch site were struck during a storm on Saturday, Spaulding said he has not "seen anything on the ground systems that give us any concerns." NASA said there was no damage to the spacecraft or launch facilities.

The Space Launch System (SLS) rocket is set to propel an uncrewed capsule named Orion around the moon and back on a six-week test flight designed to put both vehicles through their paces before flying astronauts in a subsequent mission targeted for 2024. The SLS-Orion combo, standing 322 feet (98 meters) tall, form the centerpiece of the U.S. space agency's successor to the Apollo moon program of the 1960s and 1970s.

Billed as the most powerful, complex rocket in the world, the SLS represents the biggest new vertical launch system NASA has built since the Saturn V flown for Apollo, which grew out of the U.S.-Soviet space race of the Cold War era.

If the first two Artemis missions succeed, NASA is aiming to land astronauts back on the moon, including the first woman to set foot on the lunar surface, as early as 2025, though many experts believe that time frame is likely to slip by a few years. The last humans to walk on the moon were the two-man descent team of Apollo 17 in 1972, following in the footsteps of 10 other astronauts during five earlier missions beginning with Apollo 11 in 1969.

The Artemis program seeks to eventually establish a long-term lunar base as a stepping stone to even more ambitious astronaut voyages to Mars, a goal that NASA officials have said will probably take until at least the late 2030s to achieve.

SLS has been under development for more than a decade, with years of delays and cost overruns. But the Artemis program also has generated tens of thousands of jobs and billions of dollars in commerce under the primary contractors Boeing Co for SLS and Lockheed Martin Corp for Orion.

One issue NASA officials were eyeing on Sunday before the maiden flight of SLS concerned a potential - but minor - helium leak in launch pad equipment, though Spaulding told reporters during a launch-eve news conference that he did not expect any technical show-stoppers to the countdown.

"This is a test flight, remember that," NASA chief Bill Nelson said in a Reuters interview that was interrupted by an unexpected phone call from U.S. Vice President Kamala Harris, who will be in Florida to see the rocket launch in person.